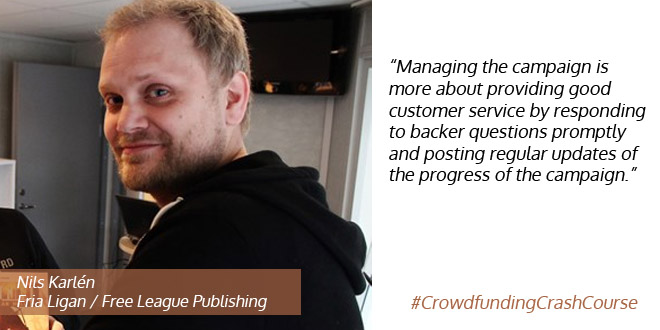 Simon Stålenhag’s digital paintings of Sweden in the 80’s and 90’s mixes science fiction with realistic landscape scenery. His work has been very popular on the Internet and he has been featured and interviewed by Wired, The Guardian and The Verge among others.

I run a small publishing company called Free League Publishing (or Fria Ligan in Swedish) together with some friends and when we first saw Simon’s paintings we fell in love with the mix of sci-fi and the “Swedishness” of the paintings. A friend came up with the idea that we should work together which we thought was a brilliant idea. So we approached him about making an art book together and had a few drinks when we discoverad that we all liked the same John Carpenter movies from the 80’s. Done deal!

The art book “Ur varselklotet” was published last autumn in Sweden and got an overwhelmingly good response. Two print runs later, and a lot of orders from across the world we realized that we had to do an English version as well. As Simon was well ahead with paintings for a second book, we decided it was just as well to crowdfund two books at the same time! 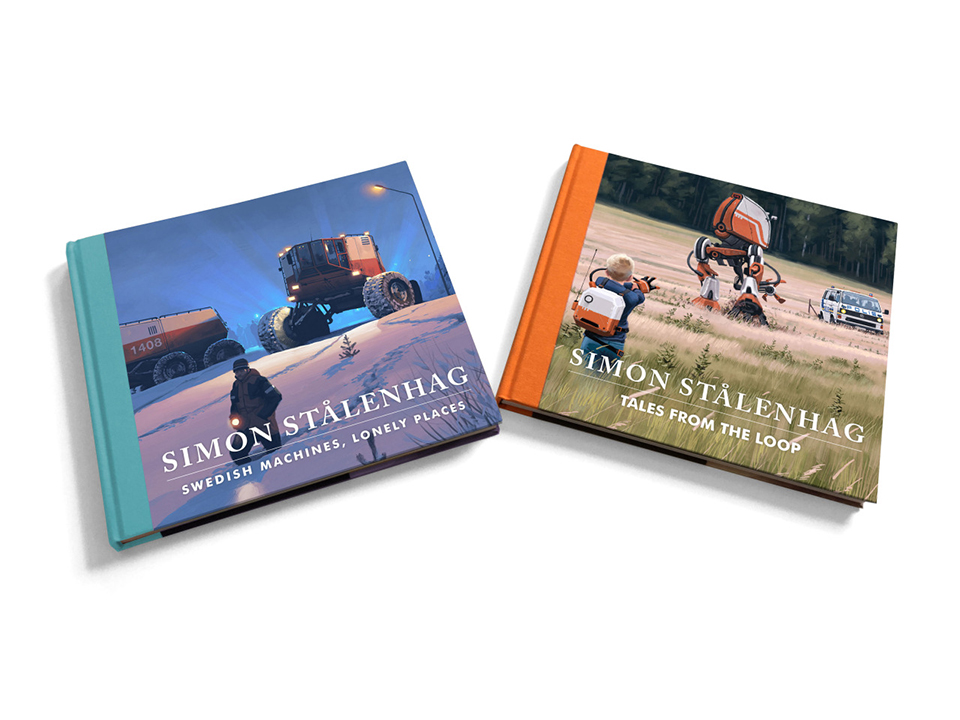 Why did you feel that the crowdfunding model was the best way to promote the books?

It was a natural fit. In part because we knew that Simon already had an enthusiastic fanbase (his Tumblr page has a lot of followers), and partly because we already had done two very succesfull crowdfunding campaigns for our games in Sweden. Also, we knew there was a demand for art books with his paintings as we had received loads of requests from all parts of the world.

It was an easy decision. We have previously run two campaigns using the Swedish Fundedbyme for the first and Indiegogo for the second. We really liked Indiegogo and it has a large following in Europe, however when it comes to the US, Kickstarter really is king. So it was natural to choose Kickstarter for this project, and I think the campaigns progress really shows the strength of the platform.

We are kickstarting two books, the first one was already translated and ready to go more or less. The second one is still in development and as Simon produces maybe one painting a week we are looking at publishing it during 2016. From the perspective of the crowdfunding campaign it would obviously be better if we could deliver both books at the same time, to save shipping costs if nothing more. However, I think it’s really good to be able to deliver something rather quickly, and the first book will be that something! 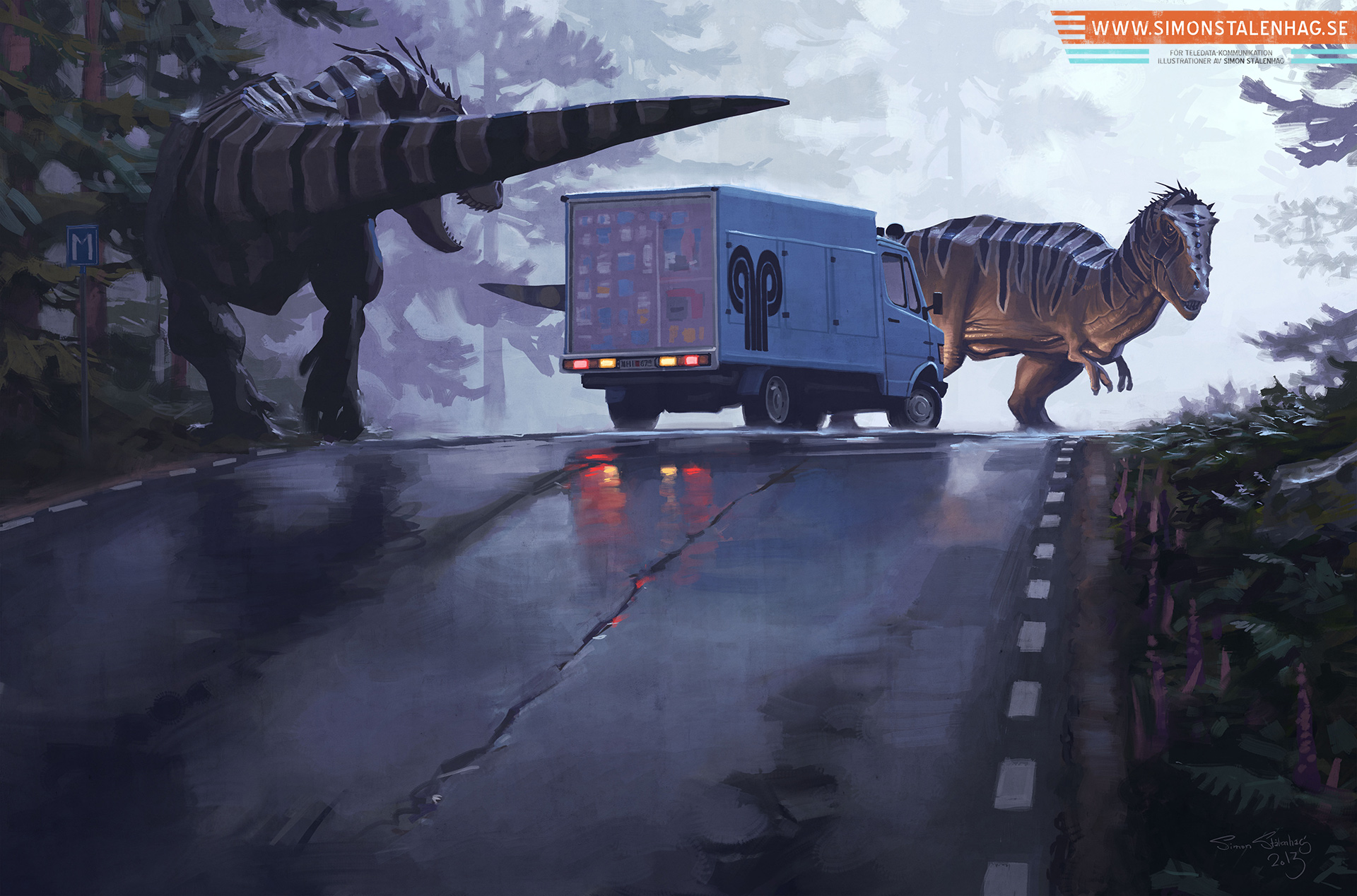 We did have some experience as we had run crowdfunding campaigns in Sweden previously so we the basics covered. However Kickstarter was unknown territory for us so we did do quite a bit of research beforehand. We read articles, looked at some successful campaigns and tried to find common denominators and so on. For instance I learned that having a very low first pledge level (a single dollar or so) is important to get the campaign moving as Kickstarters metrics considers every pledge, big or small. Also early bird pledges was something we picked up during this phase.

Managing the campaign is more about providing good customer service by responding to backer questions promptly and posting regular updates of the progress of the campaign. Also I think it’s very important to listen to the feedback that you inevitable will get from the backers.

We used our own Facebook and twitter accounts to spread the world, but really what made the difference was that Simon himself used his twitter, web page and especially his Tumblr page to market the campaign. We also had a list of international media that we contacted after the launch of the campaign, but initially this met with mixed success as I guess our press release drowned in the mix. However, we got lucky when The Verge featured our project on the first day of the project and word of mouth started to get going, especially through twitter. Since then it has just been snowballing along!

To be honest our biggest asset was Simon’s paintings. Having beautiful and eye-catching imagery in the campaign cannot be underestimated I think.

The biggest mistake we did was that we did not realize that as a backer you can only choose one pledge level. As we kickstarted two books and had a lot of different levels with just one of the books this proved to be a challenge to handle. It did work out great in the end as we helped backers as much as possible so that they could get both books in the edition they wanted but this one one area where our research did not prove enough.

To be honest we were taken by surprise the initial success and struggled a bit to provide enough stretch goals to the campaign, so I would definitely say that was our biggest challenge.

Do your homework, prepare for success and plan for – if not failure but an uphill struggle. Make sure you got a good set of stretch goals planned and at least an idea of another set if you need to add ones quickly. Also: communicate all the time!

What is a Content Strategy (and Why Do You Need One?)