I've always had a soft spot in my heart for musicals.

I like this one, especially, because of the ending.

Don't get me wrong: I'm a sucker for a good romantic story, and it's always nice when the characters end up together. There's really something to be said for a nice happy ending.

But that's not always how life goes, is it?

Most love stories don't have happy endings. We often need to go through a few sad endings in order to get to our big happy ending - and that's assuming that you find one at all. Some people don't.

Or they have it, and they lose it.

They let it slip through their fingers like sand.

Which is what La La Land is about. Two people who have a chance at a happy ending together, but they lose it because they stop putting in the effort. They let arguments, disappointments, and their own ambitions get in the way of their relationship with one another.

They stop seeing each other, and they drift apart.

Do you know what I mean by seeing? Like, the person who used to make everything you did together interesting and fun has just become a person who also lives in your house/condo/apartment with you and sleeps on the other side of the bed. They go from being that person to just a person.

Which is terrifying, I know.

But it happens a lot. It's how tons of real-life romances end. Most of us have probably experienced it (if you haven't, you're lucky, because it's awful) but most of us have because - let's face it - it can take a few tries to figure out how a relationship is supposed to work.

But usually we don't make movies out of those failed tries, which is why I love La La Land. It's a story about heartbreak and failure wrapped up in bubblegum colours, tap dance, and jazz. 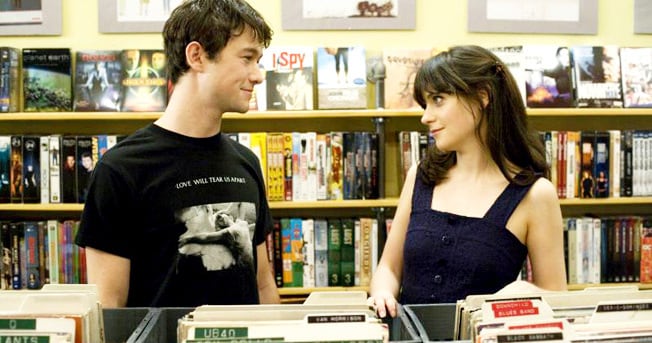 It's also why I love 500 Days of Summer, but we can talk about that one another day. It's on my list.

The epilogue scene - the one where Ryan Gosling and Emma Stone imagine what their lives would have been like together - makes my cry like the intro of Up! does. Every damn time.

It makes me think about how fragile our relationships are. How quickly they can fall apart if we let them; if we stop seeing each other and making time in our lives for our partner.

(I'm glad John held my hand in the theatre during this part, btw)

He held my hand throughout most of it, actually, which was nice because I get emotional during musicals.

Especially ones where Ryan Gosling plays such mean piano.