I need a dang haircut 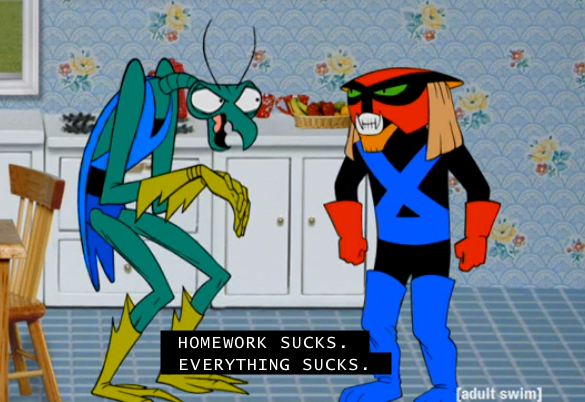 Y'know when you've been putting something off for so long and you just keep procrastinating even though you know you need to just deal with it? That's me and this haircut.

I have my wavy hair keratin straightened about once a year and I'm trying to time it so I get my hair treated right before we go to Belize since I don't want to be dealing with some frizzy, annoying hair situation while we're down there. So it makes sense to get a haircut and the treatment done at the same time, right?

Except all these weird little things have popped up that have prevented me from booking it. I remember at the wrong hours; the line is busy when I call and I forget to call back; dumb shit like that.

You know how it is. We've all done this little song and dance before.

I'm not much for new year's resolutions but I've decided to commit to not procrastinating so much moving forward. Putting off dumb stuff just causes stress to pile up and if there's one thing I want to be in 2018 it's

Earlier we were watching the final episode of BSG and I found myself doing my usual mental gymnastics where I hop from one worry to the next like a frog jumping from one big lily pad to another. I was trying to pay attention to all the flashbacks and emotional moments in the show and instead I kept getting lost in whatever I was worrying about, and I thought to myself:

stop, this is stupid.

I'm not thinking about how nice it is to relax with my partner. Not reflecting on the great night I had last night. I'm worrying about a bunch of stuff, none of which I can do anything about on New Year's Day, and letting it get in the way of actually enjoying my downtime.

I think I had one of those moments of clarity where it's like someone mentally bitchslapped you and things suddenly seem clear and make sense.

Because I realized that one of the reasons I've been feeling to tense and worrying so much is that I have all these small to-dos floating around that don't have a time, place, or action assigned to it in order to resolve them.

The more stuff piles up, the more overwhelmed I feel by all of it, and it gets to the point where I can't even focus on one of the best science fiction shows out there because I'm having a silent stress-out over on the couch over who knows what. My business. My clients. My personal life. Whatever.

So tomorrow I'm calling to book the dang haircut.

Cheers to the new year.