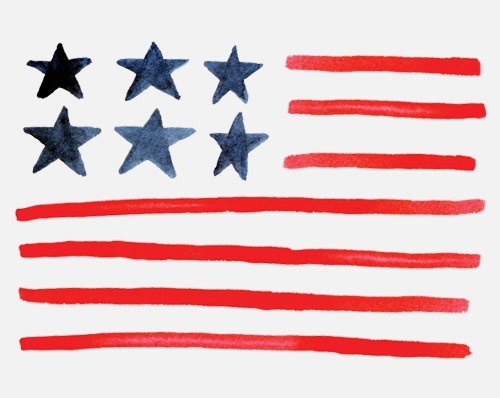 One of the things I love about travelling are the people you meet.

And of course tons of Americans. Most of whom are nice, thoughtful, and really interesting and intelligent people with unique perspectives and lots of stories to share.

This story is about Americans who were none of those things.

We met them when we were sitting in The Penalty Box which is a bar where Canadian expats on the island get together to drink beer and watch hockey.

It used to be a liquor store called the Liquor Bin but has since changed to an actual bar with tons of sports jerseys on the walls, team photos, and heaps of Leafs paraphernalia all around. It's owned by a Canadian expat. Big surprise.

I'm not a big sports person myself but we needed a rest and Canadians are friendly so we sat down and ordered a beer, said "please" and "thank you" and "sorry" to the dudes watching the TV because we walked in front of the screen.

A few minutes in I was looking out the front of the bar, which is one of those big garage-door types that you roll up during the day and roll down at night, and this girl walked by.

We locked eyes and she screamed

WHAT ARE YOU GUYS DOING?

and jumped right into the bar through the open window over to where John and I were sitting.

Her name was Angela* and she was wasted.

She immediately hopped behind the bar and started taking beers and pouring shots for everyone, us included. So we did a shot with her

(because nobody turns down a free shot while on vacation)

and her boyfriend Josh* walked in off the street and sat down.

Angela said "we got wasted last night and I thought Josh was going to get Advil... but instead he came back with a bottle of tequila so we sat in bed passing it back and forth for a few hours and here we were now!"

And here they were, indeed.

Now let me paint this picture for you: this girl was stunning. Tall, thin, beautiful with this adorable little nose and huge, long eyelashes. She could have and maybe even was a model. I don't know.

What I do know is that I saw more of her booty grinding on everything in that bar than I saw in all my nights out clubbing as a kid. This girl was waggling her stuff everywhere, twerking all over the place and climbing onto the bar Coyote Ugly style for her boyfriend (who was mortified), a bunch of 40yr old Canadian dudes who just wanted to watch some hockey,

There was some sort of construction happening upstairs where the bar owner lived so she ran up there and was harassing the dudes working, then after a few minutes she would come down and pour herself another beer, write in her "log book" and generally make a giant scene before running back upstairs to start the cycle over again.

which usually I would think was shady but if my partner was twerkin' it in booty shorts for strangers I'd probably be re-thinking my life choices, too.

Anyway at some point

he got tired of her shenanigans and went to go pay. We tuned out a bit at this point but a few minutes later Angela's back in the bar asking "where did my boyfriend go?"

After checking the bathroom and looking up and down the street it was obvious he'd left. Just up and abandoned her on an island she'd never been to. Alone. Wasted.

Oh and did I mention she didn't know where she was staying, so she was also completely lost?

Luckily some nice Canadians (us) were on the scene so we settled up and started to walk her home which of course took over an hour because she had to stop and chat with everyone we met, including shaking her booty in front of the local island gangsters on a dock in the ocean, which was an experience in and of itself.

By the time we got her to her hotel room where her bf was passed out it was after dark and we needed to go get something to eat to balance out all those shots we'd had earlier. So we left her in her room with a bottle of water and headed on our way.

Later that night we ran into Josh at the local pizza place where we were indulging in Caesars and Winsdor-style pizza I gave him an earful about leaving his gf behind, because honestly I don't care what a shitshow your gf is being you never leave anyone alone when they're that wasted, especially when they don't know how to get home safely.

Like, c'mon dude you save people's lives for a living and you can't even keep your gf safe?

and when we saw them both walking down Front St. the next morning Josh and Angela were cuddling and kissing and holding hands like nothing had happened the night before

and didn't recognize us at all.

* Names have been changed to protect the wasted.