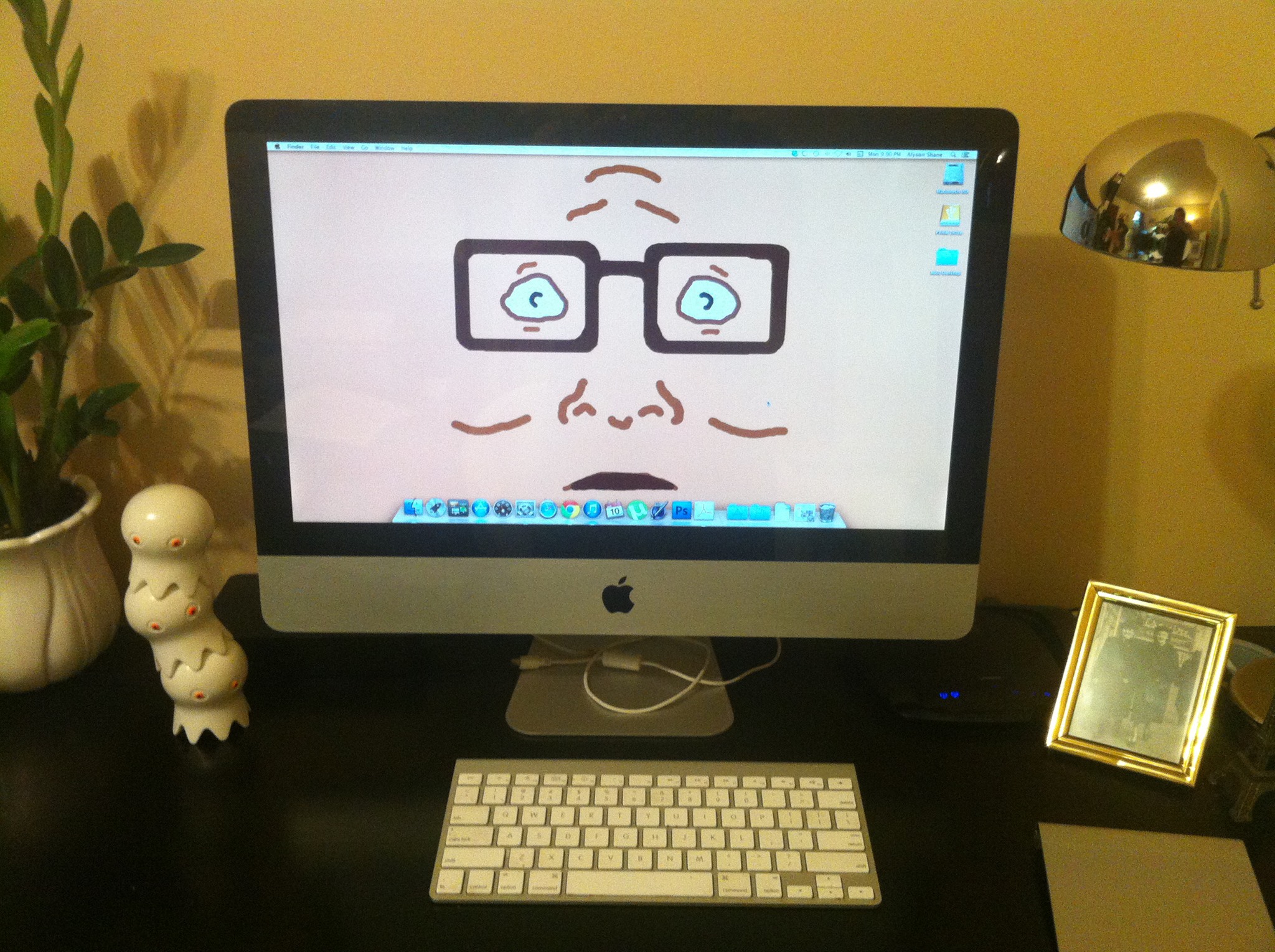 I first moved into Spence St with Gordon. I needed a place to live that was closer to the University of Winnipeg and also that didn't cost me an arm and a leg. Until then I'd been living in a tiny and beautiful but wildly overpriced one-bedroom apartment in The Roslyn in Osborne Village, and I had to worry about putting myself through university so my gorgeous apartment had to go.

I moved in with Gordon and promptly realized that while he was a wonderful and charming human he was also a bit of a hot mess. Which isn't saying much, because I was also a hot mess at the time.

Inevitably our hot-mess-ness (especially me; I was a horrible, anxious mess at this point) spilled over and our brief, dramatic, sometimes wonderful but mostly stressful time together came to an end.

Then Ty moved in and the place I lived became my home. It was our home for a while and I made some of my best memories there.

I loved the gymnasium flooring that was beat to shit but still beautiful. Especially around the doorway to the living room where the wood had seen the most wear and tear. It showed the signs of lives lived there, moving in and out.

The vines grew over the bedroom window during the summertime and I loved how bright and green the room was on the weekend mornings when I'd sit in bed with a coffee and the front page of The Washington Post in my laptop.

The day we brought Toulouse home. He and our other cat, Ford, didn't get along at first, but his dopey and persistent personality won through and they became bros in the end. Eventually I wound up with T. and Ty took Ford when we split, but in the end I think it was for the best since Toulouse was always my baby, anyway.

That April day when I spent a spring day in-between university exams listening to NPR and painting the kitchen. Those old walls were so beat-up and stained. I must have painted for over eight hours to get it all done.

I miss how the street looked as the seasons changed. The way the canopy of leaves looked over the street in the summertime. I loved learning the patterns of the neighbours, the cars, the people.

I had a raised bed in the community garden behind my building. I gardened there the first summer John and I were together and he biked over from his house in Wolseley with a bunch of gardening supplies hanging from his handlebars for me.

I remember putting together IKEA furniture on the floor in the living room. John and I drank caesars and listened to Here I Dreamt I Was an Architect by The Decemberists and I think I cried.

I must have cried.

Because just like the neighbourhood, my apartment on Spence Street changed.

Ty moved out and I went back to having a roommate. Jamie moved into our old bedroom and I moved into our old office down the hall; my old room when Gordon and I had lived together. I felt like I'd come "full circle" in my strange, old little space.

At this point my memories of Spence Street started to change.

What stands out to me most now is the way the wind blew through the window next to the bed, and how it smelled at night before we went to sleep.

John read to me before we went to sleep at night and we read a devastating book called Reunion by Alan Lightman. I started re-reading Cities of the Interior by Anaïs Nin, but got weary with her flowery prose and started reading Hemingway instead.

Jamie and I had opposite schedules so most of our interactions were comings and goings. A wave in the hallway. A "good morning" as I left for work. A few sessions spent binge-watching The Knick on the couch in the living room.

I gardened throughout the summer, had friends over as usual, and ate too many samosas from the Rubbermaid Tote that usually sat on the checkout counter at the sketchy corner store.

But I didn't live on Spence Street much longer after that.

Eventually it became apparent that the amount of time we were spending together didn't warrant the commute between our homes, so I moved in with John and we've lived together here ever since.

I love living here in our hippy neighbourhood, with our garden and our bedroom and our sunroom and our mornings spent singing songs and cooking breakfast together in the kitchen on the weekends. I wouldn't trade this for the world.

Yet every time I walk by Spence Street I feel a tug in my heart. Sometimes I walk by my old building just to feel the familiar pull of home.

It's still a little strange to look up to see the living room light on and know it's not mine.