People are all worked up about a Christmas song 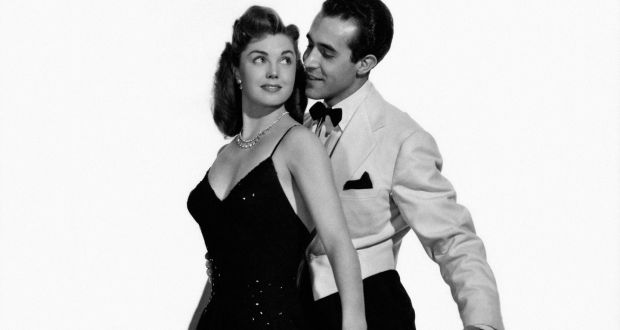 And frankly I think we're worrying about the wrong thing.

what worries me is that our society is moving to a place where our first instinct to something we don't like is to ban it outright.

Last night I sat down and looked at the lyrics, and at first glance I could totally see why some people think the song is concerning: on the surface it sounds like guy trying to pressure a girl into staying the night, and that kind of behaviour, rightfully, deserves some scrutiny.

So let's dig into the historical context of the song a little bit:

"Baby, It's Cold Outside" was written in 1944 by the songwriter Frank Loesser (who also wrote Guys and Dolls) so he and his wife Lynne could perform it at parties. He sold it to MGM for use in the film Neptune's Daughter and it was a huge hit, winning an Academy Award in 1950.

It's a duet sung back and forth between male and female singers, and the plot, basically, is that a man is trying to get his date to spend the night and she's demurring.

By modern dating standards that seems, at first glance, problematic.

Obviously a man pressuring a woman to stay the night is inappropriate, right?

Except when we consider the song in the context of the time it was written:

In 1944, women were under a ton of pressure to appear modest. Being labelled as "a slut" could have serious social ramifications, so women were expected to put up a fight regardless of whether they wanted to engage in sexual activity or not.

Which is what seems to be what's going on when the female singer says:

I could dig into this further, but there's a great Medium post that breaks down a lot of what I'd say anyway that I recommend you check out instead.

It's also worth noting that the expression "what's in my drink?" was a popular phrase people used when they were getting tipsy, as noted by Frank Loesser's daughter in an interview.

When the song was written the expression had nothing to do with date rape, or drugging someone's drink; the lyrics only become problematic when we view them through the narrow lens of the present.

But whether or not we agree on our interpretation of "Baby, It's Cold Outside" doesn't matter anymore, because banning it from the radio eliminates the opportunity for constructive discussion.

Banning a song, or a book, or a film, isn't how societies solve problems; it's how we repress discussion and silence alternate viewpoints.

And, frankly, it scares me that this is where we're at as a society.

I've struggled to talk about this publicly, and have been afraid to do so because I'm scared of the political blowback I may receive.

I've watched people's lives get upended, their social standing destroyed, and their friends and colleagues turning their backs on them because they expressed an opinion that was unpopular, or that people didn't want to hear.

But the honest truth of it is that censorship doesn't help us, it hurts us.

I know this because I've studied it. I have a degree in rhetoric. I've studied oral history. I've spent close to a decade of my life dissecting how we convey our thoughts and ideas, and how our communication has changed over time.

(which is the biggest reason why I find Conservative rhetoric scary and problematic, but that's a topic for another post)

and what scares me the most isn't what we say, it's when we stop people from saying it, and who does the censoring.

And because this censorship is coming from The Left it's easy for those of us who identify as left-leaning to hand-wave away how concerning these tactics are because we assume we have a moral high ground.

I mean, who wouldn't want to get behind ensuring that women are protected and respected in our society? That's an easy sell, right?

Except when we assume we have the moral high ground we stop looking critically at the larger implications of the actions we take.

(or, at the very least, reading the same book)

which is actually how we move forward together as a society.

Censorship is problematic because when we draw a line between "right" and "wrong" we leave no room for context and nuance.

We eliminate the opportunity for discussion and exploration because we've already decided (through censorship) that something has no place in our public discourse.

As our society continues to grow and change, we need to be able to have ongoing discussions about what is, and isn't, appropriate in our modern context, but censoring something we don't agree with isn't how we have healthy discussions.

The ugly truth of it is that censorship is a slippery slope to a totalitarian state, and I worry that because we've begun censoring things under the guise of "equality" and "feminism" we're ignoring the deeply troubling ramifications of adopting these kinds of tactics.

Because censorship seems OK as long as as you're not the one being censored.

But if history tells us anything, it tells us that the people we need to be the most concerned about are the ones who think the have the moral high ground

because it's those people who will turn on you the fastest.