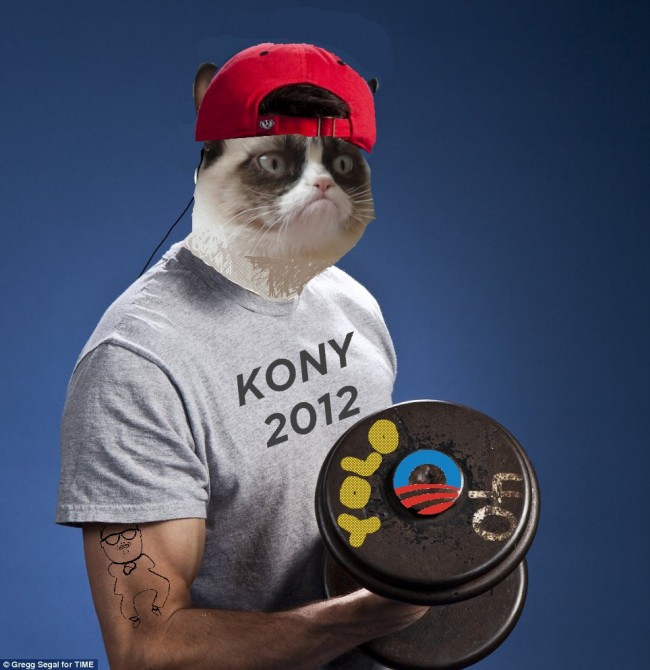 & lots more. but you knew that.

and the premise of dangerous minds sounds like the worst thing ever.

keep running the water and hope it gets hot

text caretaker about the problem

feel like an ass when the water finally gets hot

girl puking in the IKEA bathroom you were in front of me in a line ten people deep ahead of us and at least the same behind
I was on twitter and not paying attention to you until you broke from the line and pushed past the women ahead of us
saying "excuse me excuse me"
someone said "wtf"
and then you started throwing up in the garbage can
and lots of people got looks on their faces like
"wtf"
and a bunch of them left the bathroom line
without asking if you were okay
so I moved up six people, closer to where you were
throwing up
and I said "hey are you okay? do you need me to get someone"
you kept puking
people kept going into the bathroom stalls when it was their turn
ignoring you
I said
"seriously are you ok?"
you kept puking and coughing
I was second in line and goddamn it
you were going to get to use my stall if no one else would give you theirs
so I said "look do you want to take my stall? I'm one away"
and you nodded your head and I caught the eye of the chick in line in front of me
she said to you "hey take mine"
and you did
she went after you and I went after that
peeing and washing my hands and thinking
wtf is wrong with people these days.
Tags: Uncategorized
Tweet

was reading bukowski while getting my hair did and my stylist, mason from hunter and gun who is a genius with hair was all 'omg you're reading bukowski I love him" and I was all "I've never read any of his stuff before, ham on rye is my first go at his stuff" and all through my dye job and trim he was all

he said bukowski is one of his favs and that when I'm finished reading Ham On Rye I'll feel shitty and awful and hate people, which is what a good book should do.

my mum asked for 50 shades of grey for christmas and I was embarrassed for her. she said that she asked for it because it's 'all people talk about' and I was all

mom just because people talk about it doesn't make it good

and that made me feel sad because I don't think that's what books are for, or are should be

which I agree with

it was written in the 80's but is still totally applicable now, which is scary

reading it made me feel shitty and awful and hate people

which is why I'm stoked to keep reading this bukowski.
Tags: Uncategorized
Tweet

walked to the store in our pyjamas 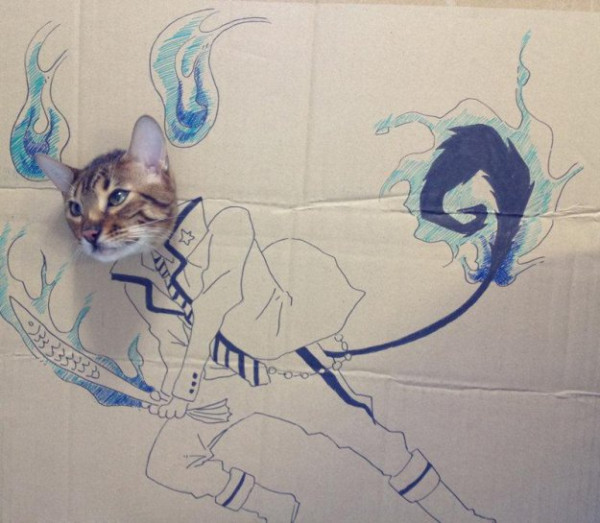 one of the perks of not living in the suburbs is that nobody gives an f if you walk to the corner store with yr hair tossed up into a scraggly bun with huge sunglasses on and pyjamas tucked into fake uggs (mom bought 'em for me). generally I try to shy away from slummin' it and not putting any effort into my appearance but it's the day after boxing day and I haven't even had my coffee yet so what can you really expect from me at this hour?

I'm only awake because the cat needed us to freshen up his food and while I was doing a good job of sleeping through his incessant BWEOWBWEOWBWEOWing Tyrone is a much gentler soul and got up to spoil the cat and in the process my dreams of boxing day shopping and busting some kid for breaking a statue in Desart and also some sort of pirate-related adventure (?) were interrupted by Tyrone cooing at the cat, who has been mad at us because christmastime is different than normal time and he doesn't like it.

my back is killing me from sitting on these terribly uncomfortable ottomans at my nan's on christmas which is how I know I'm getting old and all those times I scold myself pull your shoulders back! are actually having an impact because now I can't sit hunched over for hours on end.

I just need coffee which hasn't brewed yet.

I should probably get on that.

Merry Christmas from Tyrone & I, to you 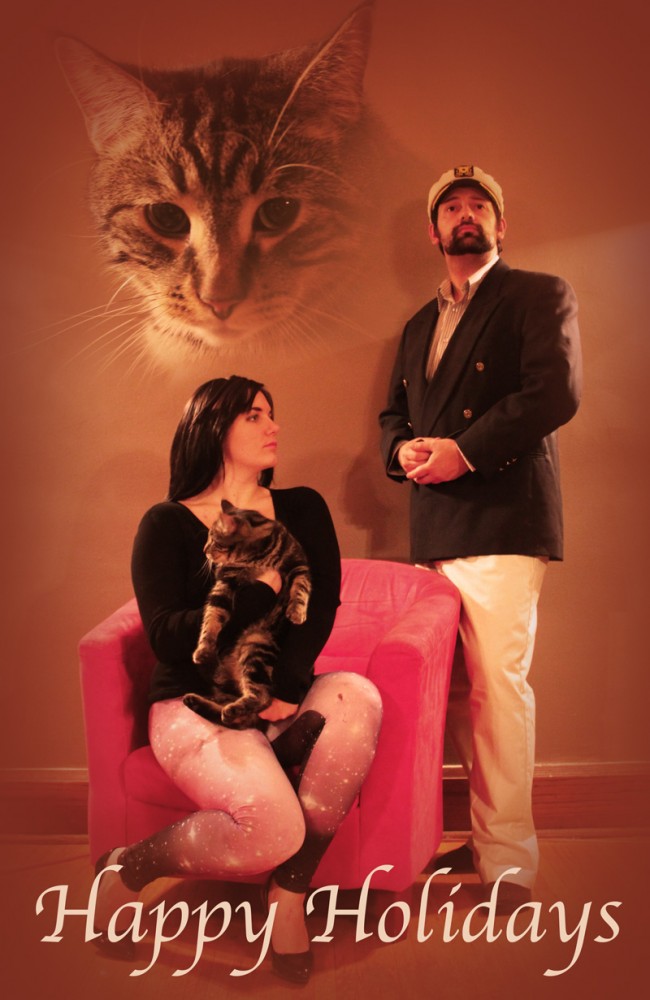 only 30 more mins till xmas

it's nearly christmas eve and yr grl is drunk

kinda sorta, the kind that comes from a potluck and drinkd with friends before the inevitable family onslaught of the holidays.

this is a drunk blog.

which is why a lot of people drink, I think. it hits us right in the feels.

when i first started dating tyrone he was all, liston to war on drugs by bnl

and my cynical self did, but not like i should have

not actually sat down and listened

but years later, after being together forevs. after multiple listens after fights and sad times and stresses

and it's hard to say why it means anything at all

which is what makes it worth a damn

when everything means the most

friends and family and good health and all that shit

which it may be, or isn't

it's nice to remember who we love

so let's give a salute or a hug or a smile

drunk or sober or in-between

one of my favourite things about the holidays

is the annual christmas song from the killers

who I like during the rest of the year, but love around xmas time because let's face it most christmas songs suck and are so overplayed at the mall and on the radio and at yr grandma's house that come boxing day if you hear 'white christmas' you might have a clark griswold-style freak out in front of yr whole family

up until now my longtime fav has been happy birthday guadalupe for reasons still unknown even to myself but their new masterpiece is way more 80's which I like and ridiculous which of course I like and over the top which just makes it all perfect.

plus it's catchy as fuck. wow.

omg I haven't talked about how awesome this song/video is

so here ya go, I'm off to have a morning rum & eggnog.
Tags: Uncategorized
Tweet