to the House At Bear Corner (Five Doors Down)

and stayed up until the wee hours of the morning listening to music and hanging out and spending some much-needed downtime together after a whirlwind couple of weeks.

We slept in till 2pm and rolled around in the down-filled duvet and talked about silly things and laughed.

Oh god, do we ever laugh together.

When we finally peeled ourselves out of bed it was to order some sushi via the ever-useful SkiptheDishes.com which we inhaled the moment it arrived.

John is at a meeting with some other campers at the moment and when he gets back we will make tea, play Xbox, and probably eat croissants later.

The sun is coming out a little and the house smells like the rain we had last night. I'm sitting on the couch with my feet up and a little snoring kitty next to me and everything is perfect.

Hope your day is perfect, too. 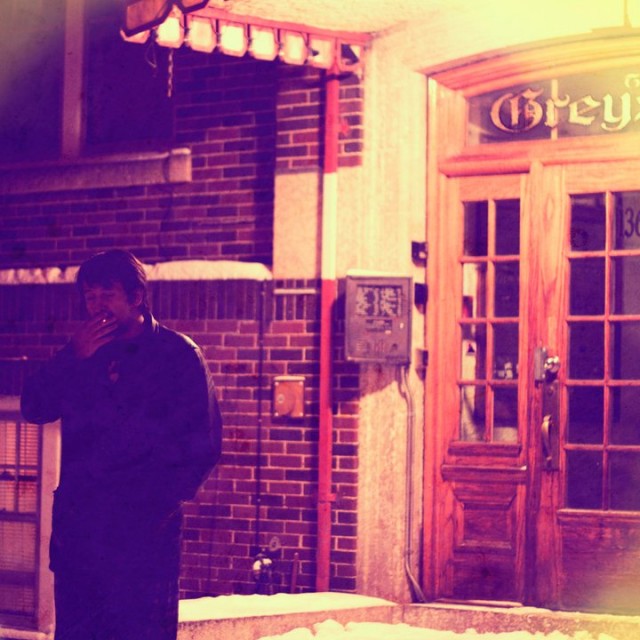 it's been a slice.

It's seen me through a lot of things

so many beginnings and so many ends that I've lost count.

I made it my own. I painted, I hung up my art, I whispered my secrets and mourned my tragedies within those plaster walls.

That apartment wasn't just a place that I lived. It was somewhere where I shared my life with someone else, and it marks the final "moving on" step in my life. It felt good -cathartic, even- but there was still a piece of my heart that felt like there was a lead weight pulling it down to my toes.

I walked through the rooms, soaking in their emptiness.

The living room, totally barren, with paint flecks on the floor from when my ex and I put together and painted our own furniture because we didn't have the money to buy anything new. The window where Ford and Toulouse used to sit when they lived together. All the good times shared with friends in that room. 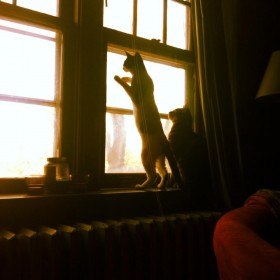 The old bedroom that we once shared, now the new tenant's room, where I used to wake up and look at the sun through the vines that crept across the window. Where I woke up with a smile on my face so many times and where, towards the end, I woke up with dread in my heart. I cried myself to sleep in that room too many times to count.

The old office. So trendy and cool and well-organized. The hours I spent blogging, writing papers in university, or just nerding out over YouTube videos or some weird post on Reddit.

I've sold the desk where I used to sit.

The kitchen, with it's awful storage and cobbled-together shelving. The large, gaping space on the wall where my ex pulled the floating bar we'd installed off the wall in a fit of rage after I moved out. I didn't like being there in that kitchen, looking at the evidence of that side of him. I didn't stay in there long.

I cried a bit, and John held me. It helped.

When I stepped out and locked the door for the last time I felt light headed. Like when you're in an airplane and it's taking off and your heart is floating in your chest and your whole body feels like weightless. I floated down the hallway and left trails of tears behind me.

I'll still visit the Greysolon from time to time, as I know people who live there, but that was the last time that I'll walk up to suite 17 and turn my key in that lock. The last time that I'll be bombarded with feelings and emotions and that strange feeling of not-quite-right that it took on once I lost a lover and acquired a roommate.

It's good, but also different, and strange. Life is like that, I suppose.

So goodbye, Greysolon, and my dumpy old apartment that, for a while, was something truly beautiful.

The Poutine Cup rocked my world

In case you missed it The Poutine Cup was a badass event held at Fort Gibraltar where a bunch of the best restos in town made fancy poutine and competed for the title of Best Poutine. 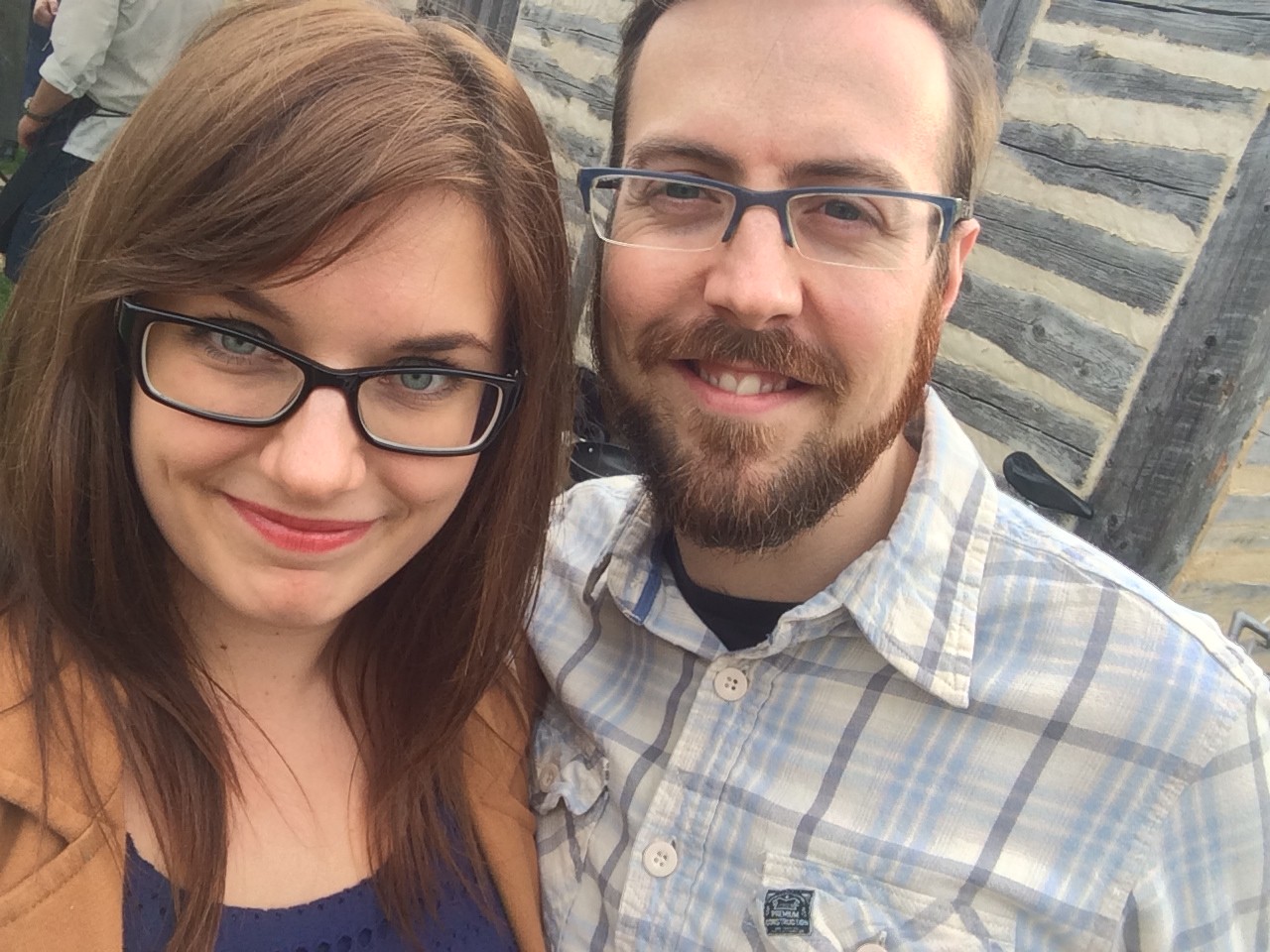 This gentleman took me and we had a blast drinking beer and eating poutine and otherwise making the French proud.

We had the good fortune to spend the evening with the charming and hilarious Adrian and LJT which honestly made the evening so much better.

Especially when "everything" means poutine with the fanciest toppings and seasonal craft beer from yr favourite local brewery.

The place was packed to the tits

and there was so much all you can eat fancy poutine that yr girl had to drag herself up the stairs to the top of the fort wall to take this photo.

while still sipping full glasses of PunkNFest, of course. 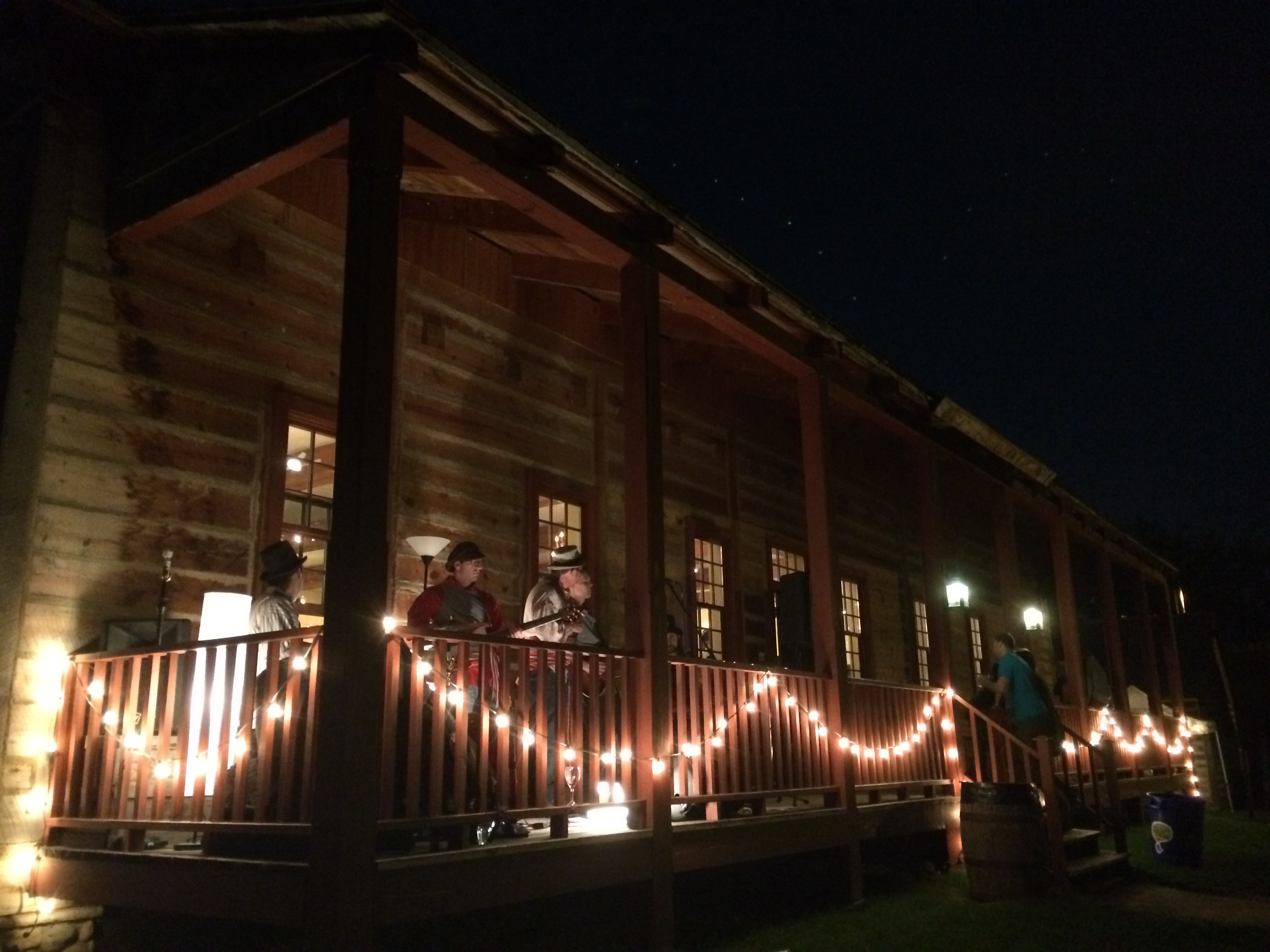 which was completely worth it, but you know.

At the end of the night they announced the winners:

Marion Street Eatery for their amazing creation with apple chutney and other goodies, and then the Judges Choice which was MAW's Eatery and Bar.

Yr girl voted for Marion, as did the boys, because we know our shit.

Looking back it was an incredible night:

I got to hang out in an old fort, eat all the poutine I could eat, drink amazing beer from my favourite brewery, and do it all in the company of some of my favourite people.

What else could a girl ask for?

How has a week gone by? 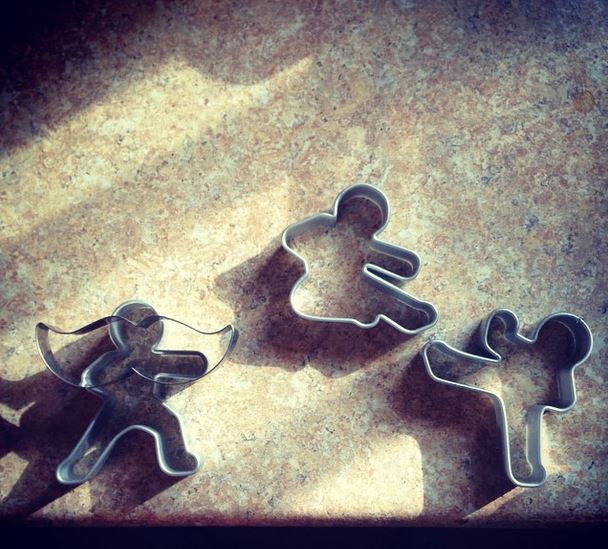 Recently the days slip by like sand through my fingers and I realize that I haven’t even blogged
scratched out notes
written a letter
in nearly a week and that it feels like a part of me is missing.

Do you make money directly off your blog? If not, why do you do it?

Because I’m a writer. I have to write.

Which is true. Just typing out these words feels so cathartic and I feel a part of my stress over moving and work and everything slipping away.

It’s like getting lost in the words except I’m not, you know? Maybe you don’t.

Maybe I’m crazy, but aren’t we all, just a little? 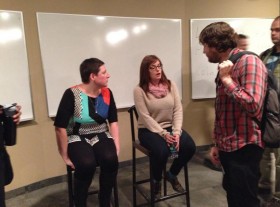 wouldn’t you know it?

we ran out of time.

I’ve been speaking to Creative Communications students for a few years running now and I’m consistently impressed with the quality and thoughtfulness of their questions.

Blog, I told them. Blog till yr sick of blogging and then blog some more.

Which is really great advice that I should really follow sometime.

which I love despite how often I hear it and the weird video that reminds me of the visuals my ex used to make.

Because how could you not love an artist that describes themselves thusly:

For ten years, I was known as "A\V" and toured around Canada with a shopping cart full of synthesizers.

from rearranging furniture and sorting and throwing things out

making room for my things

Hope you're one of those things, too

you didn't need to write a song about it

or make a tacky softcore porn-esque video (plus teaser) about it.

and you've got the OG booty, girl.

But you didn't have to sink this low, I promise.

I've always been a fan of your killer sideboob, anyway. May your days be full of decent wifi connections, manageable schedules, and coffee that doesn't taste like it was brewed in a shoe.

May your early mornings and late nights be few and far between (and hopefully not within the same 24hr period).

Live-tweet all of your classes; I hear that's the best way to take notes and also keep us all entertained.

Create clever hashtags like #TrimbleLearns for your school year.

For the love of god if you have to do #JokeJournal please make sure the jokes are actually funny.

Don't let the winter, your midterms, your exams, or the fact that you're the only one actually doing work in your group for your group project that's worth a terrifyingly large portion of your mark get you down.

It's normal. You'll get through it.

And most of all, you'll miss the hell of it once you've graduated.

(University of Winnipeg alumna, class of 2013, already missing the shit out of being a student) 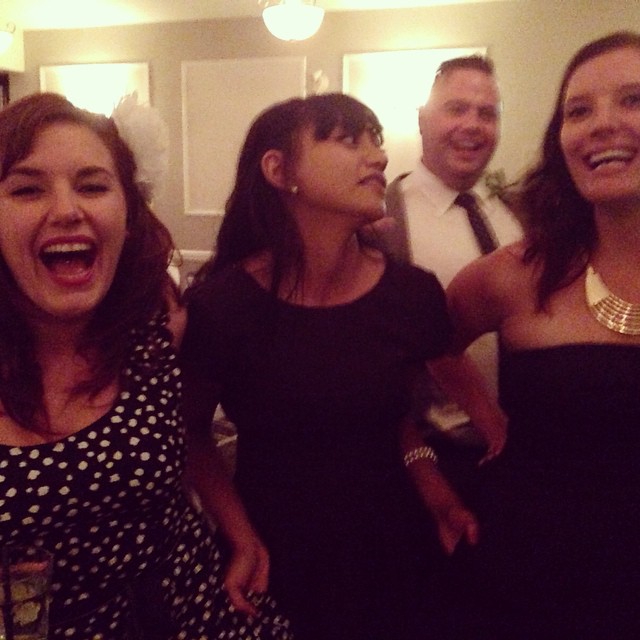 not mine, obvs. That's still a ways away at this point.

The wedding was Mike & Alicia's and was at a fancy country club and was beautiful and moving and everything you hope a wedding should be.

Afterward John and I climbed up a play structure outside my apartment, still in our fancy wedding clothes, and looked at the stars and talked about our future together.

Congrats Mike & Alicia! Thank you for letting me be a part of your special day!