I don't talk about suicide a lot 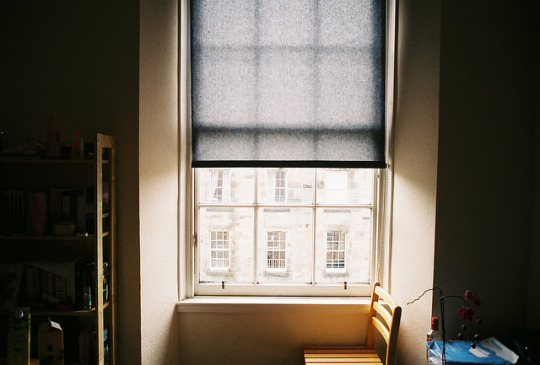 Mostly because it scares people.

They don't know what to say, do, how to react to the reality that someone they love and care about has seriously considered removing themselves from existence because

the weight of the world is just too much to bear, sometimes.

"yeah, that makes sense. I can see how that can feel like an option."

Then it can be hard to understand where those feelings come from.

For me, suicidal feelings have come and gone like the tide. Sometimes they're stronger; when the tide is in. When the tide's out, they're just a nagging thought in the back of my head. My darkest fears are out to sea.

John and I talked about Kate Spade last night, and this morning as we were talking about the news of Anthony Bourdain's suicide, and how the news made me feel, and he said:

I think your suicidal thoughts are a holdover from your family. You went through a lot of trauma and you can learn to put these thoughts and feelings down, just like you've put so much of your trauma down in the last few years.

And though he meant well, I felt like I was hitting the same wall that so many people who struggle with these feelings come up against: the people we love rationalizing away our irrational feelings for us because they love us, and because they're scared.

Telling us that suicide is cheap, cowardly, and selfish.

That the people who take their own lives have no regard for how it impacts other people.

That we should want to cling as desperately to life as they think we should.

That if we just worked a little harder, tried a little more... then we wouldn't feel this way.

And maybe they're right. I don't know.

But hearing those things doesn't make me want to reach out. It makes me want to retreat further into myself. To not confide.

Because hearing someone - anyone - say "you can get rid of those thoughts if you just worked harder" makes me feel like a failure.

Because hearing someone - anyone - say "your life is so good, though. You have no reason to feel that way" makes me feel like I don't deserve what I have.

Because hearing someone - anyone - say "suicide is a cowardly move that doesn't take how other people feel into consideration" makes me feel like - well, I'm guess I'm a coward for feeling this way, so what does it matter?

Which, I assume, is how people like Kate Spade and Anthony Bourdain, who were so famous, so loved, so admired, and so cherished by thousands, maybe even millions of people

could feel so profoundly alone and misunderstood

to the point where they made that final decision.

Maybe they're just other people who are wired a bit differently, and who need our support.

Just like our society is working to support people with other types of mental illness, LGBTQ people, and people with mental and physical disabilities, maybe it's time we started working to just support the people who struggle with suicidal thoughts.

Not fix them. Not make them better.

But just accept that some of us just are this way. This is our reality.

It doesn't make us bad people

At least, not any more so than the average person.

When we reach out we're not asking for someone to solve our problems.

Hell, we're often not even looking to "solve" it, ourselves.

We just need a life raft when the high tide comes in.

If you're feeling suicidal, please talk to someone. Call your mom, your boyfriend, your best friend, or, if you're feeling too overwhelmed, the Manitoba Suicide Line at 1-877-435-7170 or call any of the other 24-hour crisis hotlines to get help.