I had a teacher from Haiti once 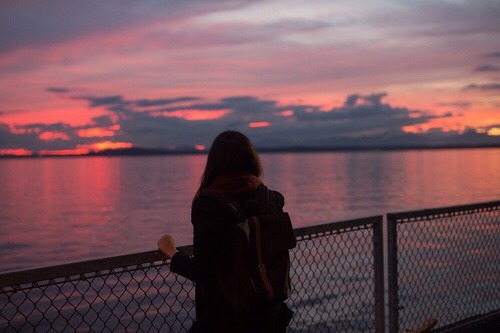 My homeroom teacher in high school was Mr. Ismé, and he was one of the smartest and weirdest people I've ever met.

He spoke fluent Latin and spent most lunch hours tutoring this one older student just because she wanted to learn.

He was passionate as hell about teaching and would get super fired up during Social Studies and was way into French grammar which of course nobody liked.

He would walk around during tests or exams and steal people's pencils or white-outs off their desks, just to mess with you. Other times he'd sit behind his desk and play with toy cars, making "vroom!" sounds and crashing them into each other.

He drove this weird little Ford Pinto everywhere and we teased him mercilessly about it.

He was always super jacked about whatever he was teaching us. He was one of those teachers who you knew really cared about the impact he was making on his students.

I was in French Immersion, and every year Mr. Ismé organized these huge trips to take Grade 11 classes to Quebec City, and the Grade 12 classes on a trip to France.

All of the students in his class would go on these big, fun trips to see historic French sights and practice the language and generally have an amazing time making memories that would last a lifetime (I didn't get to go because my parents are small-minded and refused to let me fundraise; I'll never forgive them for it if I'm being honest.)

Mr. Ismé would tell us these outrageous stories about Haiti and his family there, and we never knew whether or not to believe because this all went down in the days before you could fact-check every single thing someone said.

He told us that he fled a violent dictatorship which I later learned was true, and once a year he would skip the lecture for the day and we'd spend the class assembling care packages as part of the Hearts for Haiti program.

He loved you if you tried hard but would give you guff 24/7 if you slacked off, which was what I did because I was pretty fucked-up at the time.

He was one of the first teachers to tell me "you're smarter than this and you aren't trying hard enough" which I later realized was true. One time after I put some real effort into a book report about Lord of the Flies he pulled me aside and said he was proud of me and I cried in the bathroom afterward because I didn't hear that a lot growing up.

High school was a shitty time for me personally and looking back I feel like I missed out on an opportunity to get to know a really interesting person with a unique background and perspective.

I've always regretted not making the most of that opportunity to be honest.

So yesterday when I heard that Donald Trump called Haiti a "shithole country" I thought of Mr. Ismé.

I thought of all the weird lectures. His purple dress shirts with big collars. His unusual accent and how it got stronger when he yelled at you. How he spent time every year getting students involved in creating care packages to send to kids in his home country. Still giving a damn after all that time.

I wondered how he felt to know that someone who has never had to work for anything in their life can completely disregard the hard work and efforts being done by Haitians at home and abroad to make their country better.

But then I remembered that Mr. Ismé didn't give a damn about what anyone thought, anyway.