How messed up is it The Lorax is endorsing SUVs?

I'm not sure how an SUV is "Truffula-Tree Friendly"

or how bastardizing a children's book that talks about

and preserving our resources

can be made into a zany capitalism-hugging monstrosity

and in the words of the great Doctor:

Unless someone like you cares a whole awful lot

nothing is going to get better. It's not.
Tags: Capitalism Dr-seuss Media Suvs The-lorax Uncategorized Videos-2
Tweet

had to skype 'm because downtown LA has no cell reception

and so we skyped and I sounded like a dumbass

asking him about his new album (which I love), his floating studio, and the music scene

and he was nice and clever and charming

which of course is no surprise

my interview will be up at The Spill Magazine soon

which you should do because it's really, really good
Tags: Interviews Map-of-the-floating-city Thomas-dolby Uncategorized
Tweet

why did nobody tell me it was Zelda's birthday? 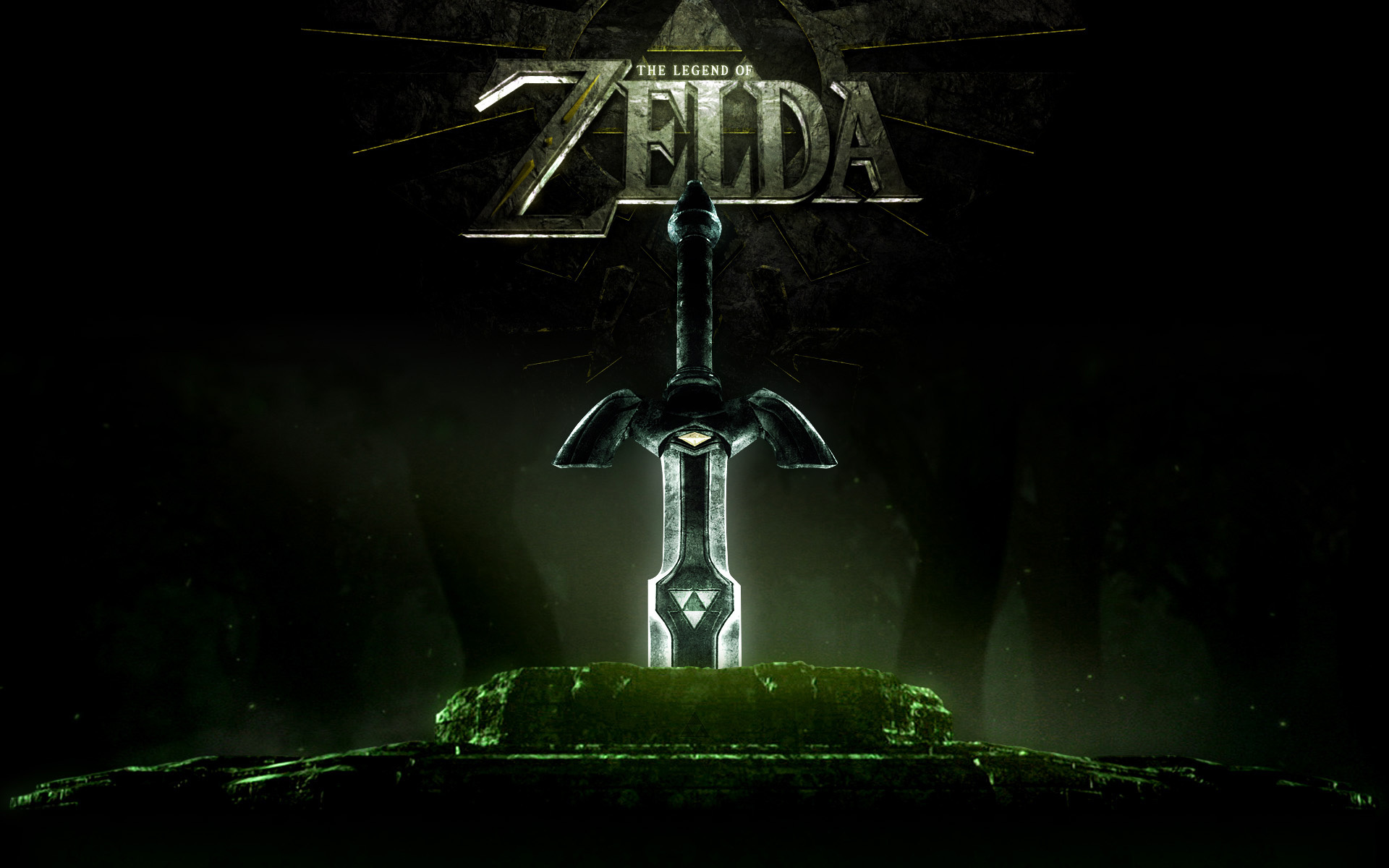 yesterday, I mean, since now it's Wednesday February 22nd and yesterday was Tuesday February 21st and on that day The Legend of Zelda: The Hyrule Fantasy was released and sometime down the line my parents bought a little girl a SNES for Christmas and we rented The Legend of Zelda: A Link to the Past from the mom & pop video game store in my neighbourhood and became so hooked on it that my parents continued to renew the rental for nearly a year.

but good things can't last and just as my mom (who played it at night after went to bed) was reaching Ganon my little brother erased the game. tragedy. so my parents bought themselves a copy and I spent the better part of my childhood glued to the SNES, Zelda, and a few other SNES classics.

and so a n3rd was born

but back in the day it wasn't so cool to be a n3rd and I was one of the few kids I knew who was obsessed with video games until I hit highschool and met some other nerds which was okay because most of us were in french immersion and the french immersion kids at my high school were all deemed social outcasts to begin with, so I wasn't doing that terribly.

we would get together and play the free PS2 trial discs and some of us (not me) got really good at DDR and I had two separate boyfriends who lent me their PS2 and Xbox, respectively, for long periods of time which was super nice of them. 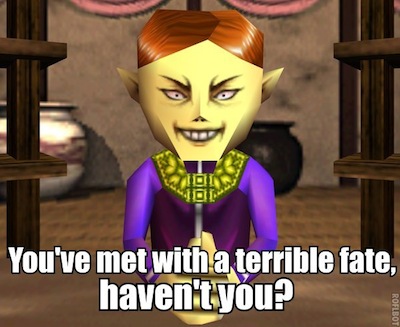 but Zelda has always been my fave. there's no annoying grinding like in Final Fantasy, it's not gaggingly cute like Eternal Sonata, and even though it's (almost) always the same guy saving the same world from the same villain it's always so different and do much fun and so damn unique I still can't believe the games don't suck yet.

which of course they won't, ever, because if there's one thing Nintendo doesn't do is dick around with their flagship franchises. Zelda will be good even when it hits its 50th birthday and then it's 75th and I'll be playing it from my hovercraft wheelchair in some future seniors home still unable to use the motion controls to get bloody Link to swim the fuck downwards.
Tags: Nerdy Uncategorized Video-games Zelda
Tweet

but I didn't blog it out of love 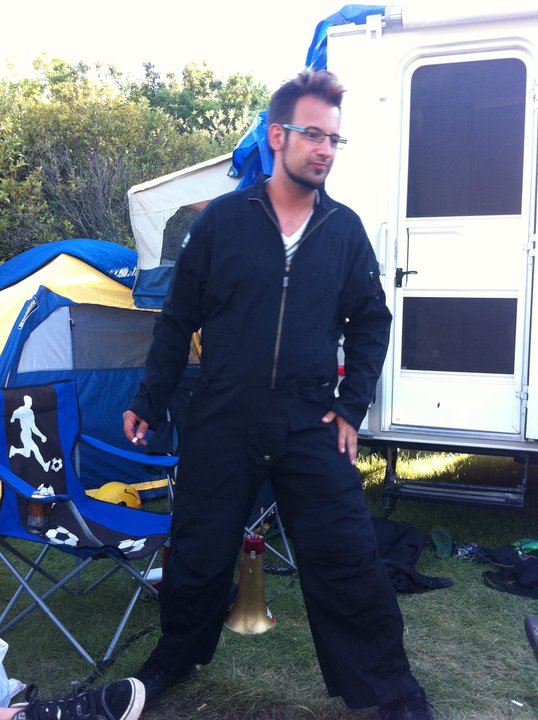 because then you'd be all "how old is Tyrone, Alyson?"

and I'd have to be all

"he's older than a Conker tree

when he isn't, really.

because what actually matters is that he doesn't act his age

not all the time, anyway

otherwise he wouldn't date a silly girl like me

and eat Chinese food with me on the couch watching Sherlock

after staying up all night together

and letting me kiss him at midnight and say

getting a little silly with this one, courtesy of @AlexRidley

I recorded a VDay vid earlier in the week about what it was like to begin dating a smoker, and how I was against it and thought Tyrone was smelly and had bad breath but it got lost somewhere between the memory card and my iPhoto and it's gone awol

not that there hasn't been progress in the Shane/Deise household!

I have to say, I'm incredibly proud of him for sticking with it. midterms have had me acting like a crazy person the last few weeks and I'm sure that he would have liked the excuse to get away from my frazzled, stressed-out self. and even with me being a stressed-out ragelor all over the place Tyrone managed to find the time to pick up where I failed left off and recorded this to share with you guys:

on a more personal note, I've decided that I'm not going to watch the videos that Tyrone posts. I'm not sure why, but I feel like maybe this will allow him to be more frank when speaking about his progress in his videos? who knows?

anyway, I'm proud of him as always, and have been glad to be speaking with some peeps & tweeps lately who have been inspired by his decision and are making a (private) #BreakItOff pact with themselves, too! good for all of you :)
Tags: Break-it-off Uncategorized
Tweet

the last thing I want to be doing today

is writing my midterm in an hour instead its winter
and I'm on campus writing words for potency
words that suggest power and strength
destroy, power, eradicate, wreak havoc

instead I'm surviving on water
because I didn't pack a lunch
and I'm too busy writing
words for genus-species
Canadians, teachers, Michael Jackson

I'd rather be under a blanket
curled against you in bed
watching movies on the laptop, saying
"let's watch a Sinatra movie next"

instead I'm chilly in the library
watching the snow dance outside
memorizing words that describe motion
swirl, to do, deflects.
Tags: Uncategorized
Tweet

but not here. I spent it all writing paper proposals and essays and taking notes because it's nearly reading week which means I am buckling down hardcoreto push through two more days of school/work before an extra-long weekend and week away from classes which I am seriously in need of, you guys, because yr girl is tired but there's life to be lived so I'm living it.

last week I served a bunch of wine to the seniors at my work for the V-Day dinner and my boss said that they've never sold that much wine at an event before which made me feel pretty good. basically I sat at the tables and harassed everyone who walked by in the way to dinner to come and buy a bottle for their table which most of them did and some even bought two and got all pink in the face and it was really cute. it's weird working with old people, it puts their age and my youth into perspective and it's a pretty solid reminder that one day my hair will turn white and my joints will ache and my boobs will sag (no they won't) and I'll be talking about "kids these days" not in the ironic way I do not but in the really disdainful old-person way that my grandma does. I don't want to be a disdainful old person.

that's a fear of mine, actually, getting old & getting bitter. everyone does it and I don't think that because you're having a rough time that means you get to take it out on the world, it's like when you're young and bad shit happens and you're like "it's not because I'm a tit that this happened, it's because the world is unfair" and that attitude just gets carried through into your elderly years and you're some teenager with wrinkles and loose skin and your mentality never changed. I know some people like that but I won't say who.

I think your attitude determines a lot in life. yesterday was Valentine's Day and what annoys me most about VDay isn't couples who go all-out or people who stay in, it's the ones who are all 'Valentine's Day is stupid, blah blah blah' because you know what you sound like a lonely, sad, whiny person who is just raining on everyone else's parade. I get that it sucks to be single on Valentine's Day but I was single for three solid years (waah waah right) and even though yeah it stung a bit to not have some guy doting on me while surrounded by couples I didn't wallow in it or shit all over other people for enjoying it because it's selfish to do that.

it's kind of like people who hate on Apple products who have to make a concerted effort to go out of their way to badmouth people who like them. listen, I dislike your "six flagship phones a year" garbage phone as much as they hate my iPhone but I don't constantly go around badmouthing Samsung (or whoever) because frankly I like my phone and Apple and that's really all that matters. it seems to me that when people have to go around putting down other people's preferences in a serious (non-joking, casual) way it just shows insecurity on their part. just get over yourself.

or if you can't pull your head out of your own rectal cavity do what most of us do and get a blog where you can spew your bovine stercas into the wee hours of the morning when you suddenly get a caffeine rush from the cups of coffee you drank while trying to stay awake memorizing the usages of universal topics and clarification devices. 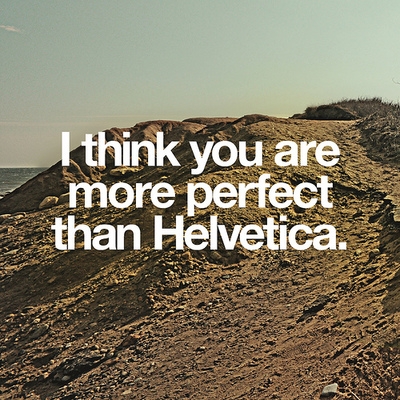 even thought this message is specifically directed at Tyrone

it also applies to all of you

(and thanks, as always, for reading)
Tags: Helvetica Tyrone Uncategorized Valentines-day
Tweet