Stayed in last night and watched The Tree of Life.

Which is
brilliant
gorgeous
makes you feel terribly
small
compared to the overwhelming space scenes
(I almost cried during a scene featuring the Horse Head Nebula to the tune of lacrimosa)
and smothered, claustrophobic
watching the characters live out their lives.

Terrence Mallick is genius
and Brad Pitt absolutely
destroys.
Though the movie lost it's shit a bit in the last ten minutes -sorry to say.
However Then go watch Upstream Color
(if you haven't already)
because Shane Carruth is brilliant
and his film is like a Mallick movie
but makes slightly more sense.

We were up late, after coffee and a nice long walk
playing vide games and being nerds together
which isn't abnormal
but still nice.

This morning I woke up to rain.

The quiet sound of it outside
& the smell of it, too.
So we made baked eggs and kept few lights on

and here we are.

So Justin Bieber was on "Between Two Ferns"

and it's every bit as awesome and hilarious as you would imagine Zach Galifinakis interviewing Justin Bieber would be.

but only if he reads it to me.
Tags: Audio Cop-out-post-3 Video
Tweet One of my fondest childhood memories

is of hanging with my dad in the living room

just him and me, father and daughter

in the middle of a cold winter afternoon

while he played Super Mario World.

Without you that memory

wouldn't have been possible

and I wouldn't be the nerdy gamer I am today.

Your eyes and ears will thank you.

Am I angry because of the Internet?

Brian Fung at the Washington Post published an article stating that the Internet isn't making us dumb, it's making us angry.

Which doesn't make me angry per se, but it definitely makes me think of the stuff I say and do online, and how it makes me feel afterward.

In a study of 70 million posts on Sina Weibo, China's version of Twitter, Rui Fan and a team of others at Beihan University tracked the spread of joy, sadness, anger and disgust across the social network. According to the MIT Technology Review, they found that angry tweets were far more likely to be retweeted by others — or be the subject of angry responses — up to three degrees away from the original user.

Maybe things are different in China but if you tweet a bunch of negative shit you're getting an unfollow from me. I don't think that it's the internet is making us angrier, it's that it gives generally negative people a soapbox to broadcast their negativity to everyone else, specifically when it comes to sites like 4chan, Reddit and etc where you have a fairly large degree of anonymity and because of that are able to to disregard regular social conventions and straight-up be a jerk to people.

That kind of behaviour and the negative tweets Fung refers to in his article aren't the products of the Internet, these people would be just as negative, destructive, horrible, disgusting, and whatnot regardless of whether or not the Internet existed. Their bad qualities would simply manifest themselves in a different way.

The one thing that the article neglects to mention is the fact that, before now, we didn't have a global public forum to express ourselves and there was no global public record of it before now.

We can't go back in time and see a timeline of what millions of peasants in the Dark Ages had to say. Though I'm sure it would sound something like this:

Wasn't myself on Friday 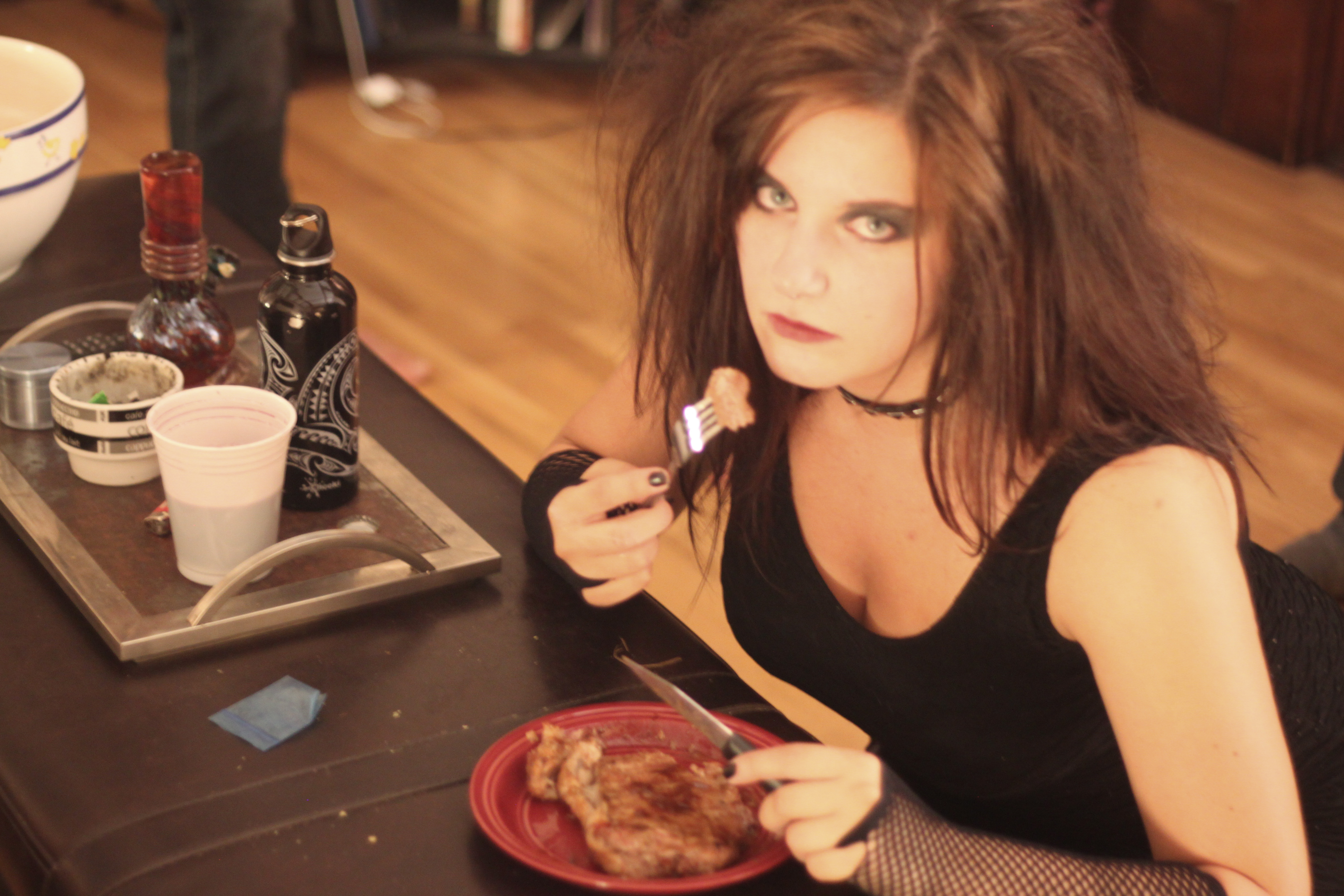 but sometimes it's fun to pretend to be someone else

even if it's only for an evening at yr friend's amazing live-music house party.

so let's take a second and listen to some real, quality music.

(because why else would we care, really, about something like this?)

and makes you really feel something

right deep down in yr gut.

Now that's not to say that I haven't had Guinness before. I have.

In fact I'll pick it over a lot of other beers when my usual standby craft beers aren't available.

But their new ad struck a chord with me in a way that I can say no other beer commercial has done before.

Especially as a woman who, honestly, loves beer.

But Guinness -which I consider to be a relatively 'mainstream' beer- really impressed me with their new commercial.

It's intense and moving. It shows people -men, specifically- being kind and considerate and genuinely good people. It shows them showing compassion for someone else.

Sure, there's some sports involved, but it doesn't feel like the same 'HURR HURR FOOTBALL' usually associated with beer commercials. It feels genuine.

The first few seconds are really intense and emotional, and when everyone gets up out of their wheelchairs and you realize that it's a bunch of dudes doing it for the benefit of their friend it just breaks your heart in this unspeakably wonderful way.

In particular I like the phrase they chose to use at the end of the commercial:

"The choices we make reveal the true nature of our character"

because means so much more than just what we choose to drink at the bar.

Well done, Guinness. You've come out with a thoughtful, touching and elegant advertisement for your product and you've earned yourself a lifelong supporter.
Tags: Advertising Beer Black Guinness Marketing
Tweet

Most of the time I hate Thursdays

However, due to a crazy turn of events over the last week today has turned out to be my new favourite day this week.

This Thursday has provided me with:

- the chance to speak at Red River with my pals James Hope Howard and Colin Enquist to 1st year CreComm students
- amazing September weather
- a cancelled interview which turned into just getting hired for a new job anyway (yes!)
- muffins that didn't burn when I baked them
- being excited to go to Flatlander's Beer Festival (for free!) with John, Tyrone and Adam
- the chance to finally listen to some of Matt Good's new stuff

knowing I have a whole day off tomorrow, to myself, before a weekend of fun dates, farmer's market trips, ManyFest activities, and other cool stuff before starting my new job on Monday.

Happy Thursday, boys and girls! Hope yours is treating you half as well as mine has been.
Tags: Pink
Tweet