put up some Christmas lights even though it's nearly June

This weekend was happy, then it was sad which is basically how all of my days have been for the past few weeks. A roller coaster of elation and fun and then sad sad sad then good again.

Life takes some adjusting to, sometimes.

But we push ever forward (it's not like we have any choice).

Went for dinner at Billabong after work and had passable mussels and decent calamari and not the greatest selection of beer which led to a singular beer with dinner and then the decision to toss back a couple of road rockets with a handsome man in a back alley seemed only natural.

I managed to make it in time for my community gardening orientation which I was scared about going to because, y'know, road rockets, but there was a dude who was clearly super wasted and kept getting flak from the dude running the orientation so I felt better.

Now I'm spending time in my apartment for the first time in over two weeks which I expected to stress me out and make me feel sad but it hasn't. It's been nice to be in my own home and totally alone and sipping Brazillionaire tea from DavidsTea and to cuddle with my main kitty, Toulouse.

Even if he does ruin all my good wesside photos. 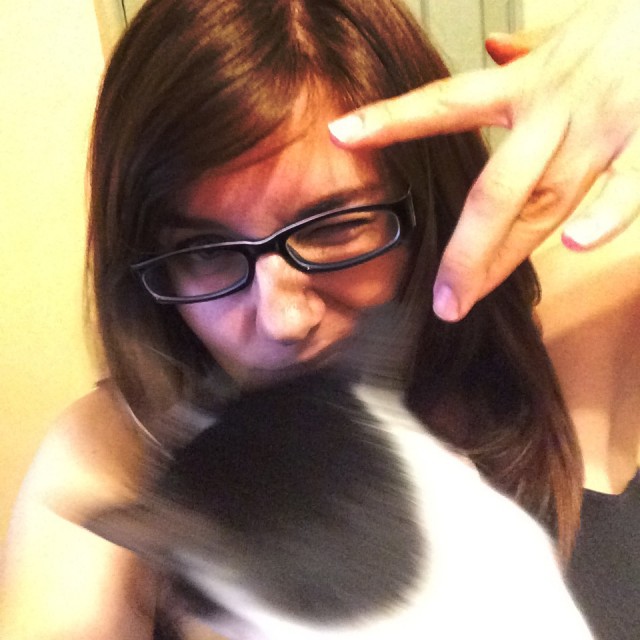 I haven't been honest so here's what's up

for the past while

I haven't been myself.

I've been a shadow of my former self due to heartache and confusion and betrayal and all of that good shit that makes you
lie awake in the dark at night
feel heartsick all day every day
write secret poems and flowery letters that you burn immediately
and pore over
every word
text
syllable
and, inevitably
each silence
until you drive yourself mad with it.

We become so wrapped up in the versions of ourselves that we feel that we need to be
(or remain)
that we lose sight of what can, might, maybe make us happy
or, in some cases (like mine)
we try to avoid and run away from our problems and the difficult decisions that need to be made

until we start hurting other people.

which is basically the opposite of what you ever
ever
wanted to do.

And for the past while I've felt almost utterly unable to create anything of value.

Sometimes you write for other people


Sometimes you write to other people.

Sometimes you're writing for yourself.

Sometimes you slam poems into yr iPhone while folding marketing materials at work.

Sometimes you scribble them onto papers and let them go in the wind off the Osborne bridge on yr way home.

Sometimes you hope they reach the right people.

Sometimes you wish they wouldn't.

Sometimes you wish they hadn't.

Sometimes (most of the time) they're all we've got.
Tags: Black Cop-out-post-3 Thoughts Vague
Tweet 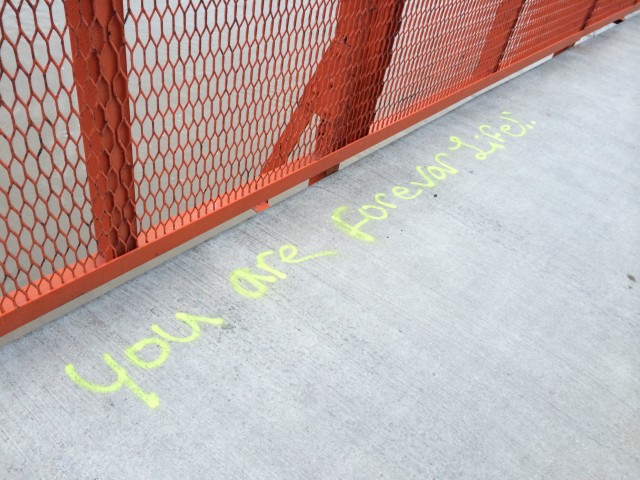 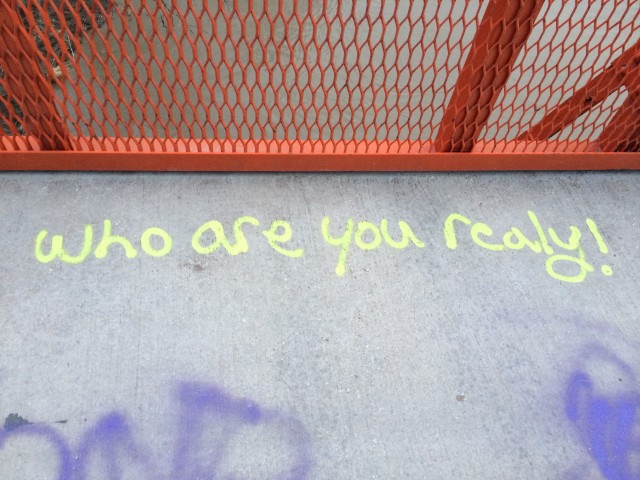 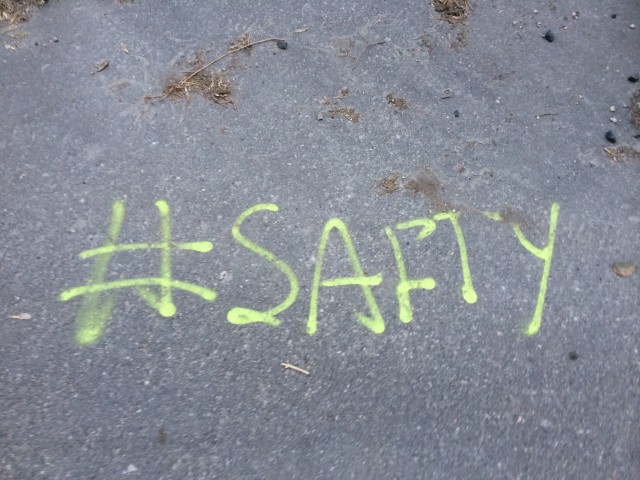 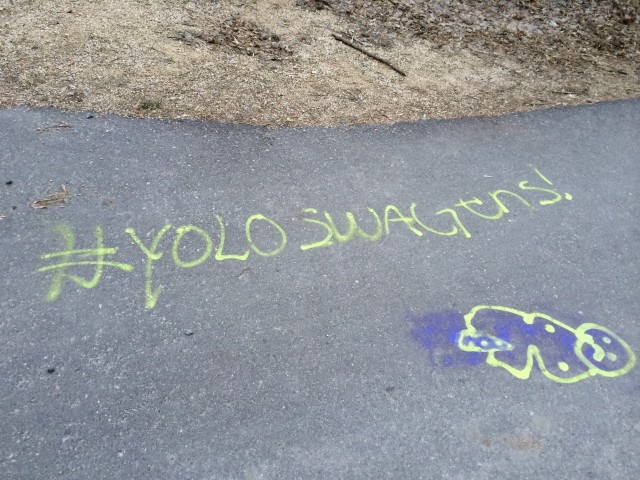 Sloan was supposed to save rock music


or so I've been told by those much wiser than myself.

(a word that I didn't yet associate with gross sexual stuff, but never mind)

when I was older to start appreciating the finer things in life.

We listened to Smeared to nonstop on her boom box while sitting on her concrete front step in front of her house, which was across the street from mine.

why Jeff Martin of The Tea Party was so sexy

(I don't remember this, just that their videos freaked me out)

in addition to other life lessons that, sadly, have escaped me as the years have passed.

But the important ones stuck with me, clearly.

who hosted the MTN Kids Club on what is now Citytv

as a puppet beaver named Beave, and his cohost Buckley the dog.

Watching clips from the show, now, I realize

how totally cobbled-together it was

and on the wknd

and it's funny how looking at a picture

or watching a video

gives me warm fuzzies for my simpler,

This blog is brought to you in part by:


- National Public Radio
- Every Gary Oldman movie
- The way the sun looks on the mountains in BC
- The Protomen Act II: The Father of Death album
- 12-packs of Half Pints
- iTunes playlists
- The feeling of leaving on a road trip
- Striped, matching onesies
- Reddit
- The way the rain sounds in West Broadway
and
-Your love.
Tags: Black Cop-out-posts
Tweet


When the guy I was seeing left me it was 11pm on a Thursday and he did it in the Second Cup on Graham Ave and I was dumbstruck and I cried.

I was young and I didn't know what to do so I got up and left and he followed me because that's what you're supposed to do when someone storms out of somewhere, I guess.

It was February and it was snowing and I was trying to put on my coat and my mittens and my scarf at the same time and failing because nothing made sense, least of all arm holes and wool and zippers.

Nothing makes sense when someone hurts you.

He drove me home at 2am and I screamed at him in his car, I said what the hell is wrong with you why did you invite me back to your apartment when I was trying to go home

and I said some awful things that I wish I could say that I regret.

When I got home I called the man I'd been in love with all along and because it was the kind of man that he was, he stayed on the phone with me until I fell asleep.

and he held me in his car as I shook in his arms.

We went out for dinner and on the way home he held my hand in between the red lights and shifting gears, and we listened to Konstantine by Something Corporate and I watched the snow and the traffic as we drove from downtown to Old St. Vital.

Later that night when we were alone and I was consumed by the smell of him I thought of the words of that song, the slow sadness of it, and though I was young and sad and fucked up I felt like maybe I’d be all right.

Which turned out to be true, but not then.
Tags: Black Memories-2 Music Prose Writing
Tweet