I suck at giving myself credit 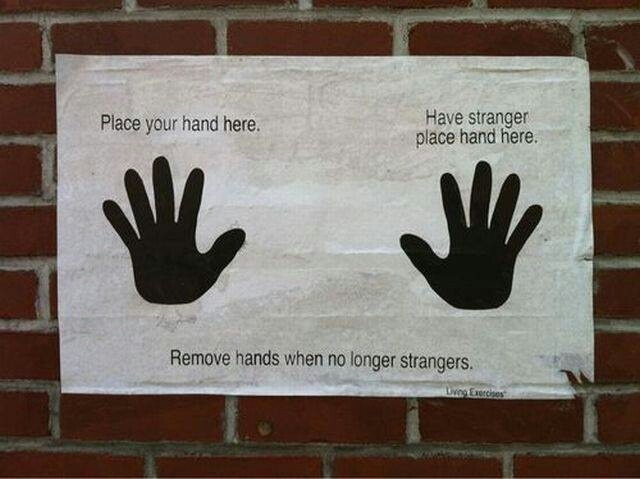 which makes getting positive feedback all that much more overwhelming because inside my head my inner monologue is going:

"These people just don't see you for the real you. If they knew the real you they'd know how much you actually suck as a human being."

or from not getting annoyed when something is taking too long, or I'm bored

or from putting other people's needs above my own as often as I'd like.

But last week I ran into a lady from an organization I've been volunteering with and she had a lot of nice things to say about me and what I do and it felt good, and I just want to record it here for posterity because I, like most humans, do a great job of remembering something mean someone said to us in the 8th grade but forgetting the nice things someone said about us two days ago.

And believe me, I have a lot of that negative BS built up from years ago. I have lots to draw from when I want to feel shitty about myself or think dumb things about myself that I know aren't true.

So let's do a fun exercise together, shall we?

Think about a nice thing you did recently.

Maybe you held a door open for a mom with a giant stroller who was struggling with her kid, bag, purse, and life in general and who probably really appreciated that small kindness.

Maybe you called up a friend or sent them a message and asked them how they were doing because you saw that their Facebook posts haven't been super positive recently and you want to make sure they're doing okay.

Maybe you helped a coworker out with meeting a big deadline because they've been feeling overwhelmed with their workload and it's been stressing them out.

Maybe you reminded someone that you love them.

Whatever it is, give yourself a pat on the back for doing it. I'm serious.

It's s easy to get wrapped up in yr own shit and stop putting in the time and effort to pay it forward and do a little good where we can.

I know those feels. Life's busy.

But it's nice to be reminded of the small ways we can make a difference from time to time.

Volunteered at Siloam Mission for the first time last night

and wasn't prepared for what an amazing experience it would be.

I went with my parents, who have been volunteering for two years or so and to their credit have been bugging me to come with them forever. 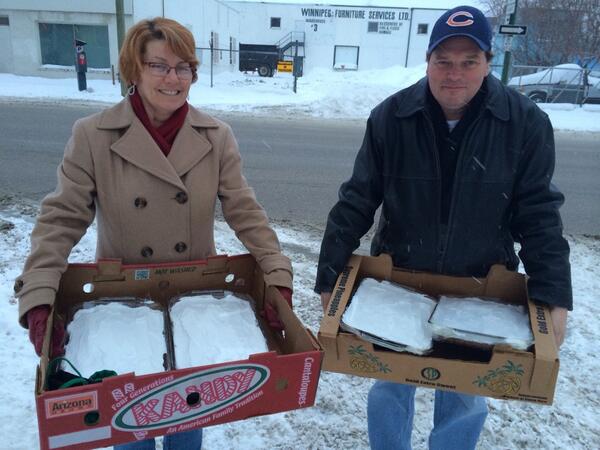 They're pictured here, looking amazing as per usual and holding the four cakes that my mum baked for this week's dinner.

Because in addition to giving up every Thursday night to come down and help serve dinner, my mum also does a ton of baking for the patrons so they always have a wide variety of desserts.

When you ask her about it she'll be like "oh it's no big deal" even though it's totally a big deal.

Which is why she's so cool.

So we went in and started prepping for dinner which was slow-cooker pulled turkey, mashed potatoes, veggies, salad and dessert and it was crazy to see how quickly everything came together and even crazier to see how quickly it went.

The line was intense and we served basically nonstop for over an hour.

I got to meet some really great, hilarious people who made the hours fly by in the blink of an eye.

But the real joy was being able to interact a little bit with the patrons, because it's really easy to become cynical and dismissive of people in our society who are less fortunate than we are.

We've all ignored that outstretched hand at least once in our lives.

So being able to help give them something of value -a warm place to hang out for a while, a decent meal, a friendly face- really affected me deeply.

I realized halfway through my shift that I recognized a lot of the faces coming through the line from my years of living, working, and going to school in downtown Winnipeg.

These people who smiled and waved and joked with us as they waited for their meals. People who thanked us and said "god bless you" and came back afterward to complement us on the food.

I saw a side of these people that I hadn't seen before, and it was wonderful.

You know, I go on a lot about how much I try to be a decent, contributing citizen and be someone who actually gives a damn about the world around me, and it felt good to start putting some money where my mouth is.

It was hands-down one of the most rewarding things I've ever done, and I'll definitely be going back next week.
Tags: Black Life Siloam-mission Volunteering
Tweet