Everyone's a superhero in their own way 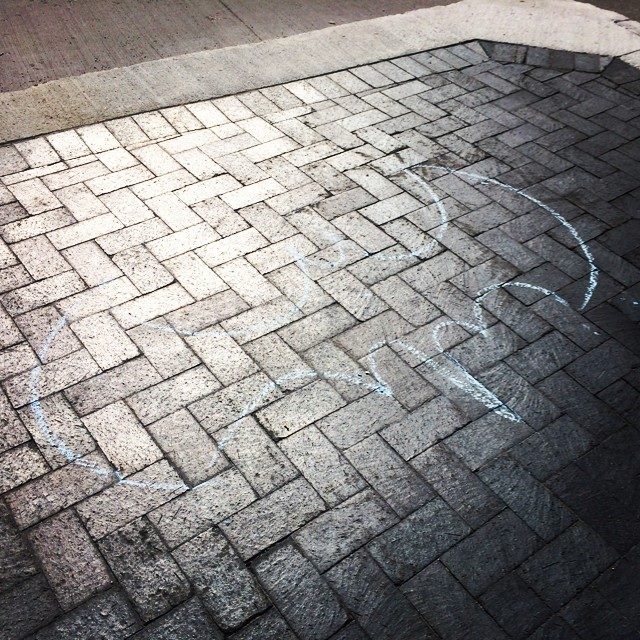 sometimes we just need a little sidewalk chalk to remind us.

Spent the afternoon on the couch watching OTNB and nursing a headache from friends and BBQ and laughs the night before.

It’s supposed to be dry this week so I have to head home and water my garden which is bringing me so much joy.

Who knew growing and eating things could warm yr heart this way? 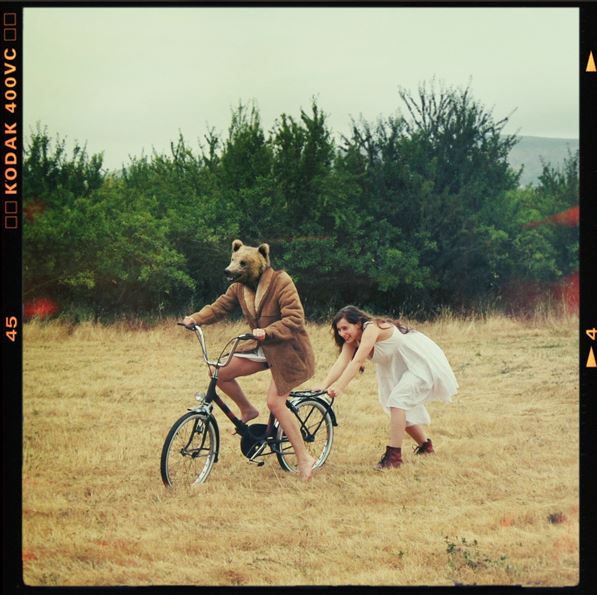 which takes more balls than people tell you.

Whether it's leaving a lover

calling someone on their bs

(which I did recently, but not today)

or finally allowing yrself to say

(which is what happened)

it's can be a scary journey to actually start thinking highly of yourself, which is weird.

You'd think it would be the opposite, but no.

Our society teaches us (especially women) to devalue ourselves,

that it's rude to think that we deserve a better partner, better people in our lives, better opportunities

even when we do

and it takes courage to start to value ourselves and to take a long, hard look at our lives and go

"yeah, I deserve this"

and then actually go for it.

One of my favourite authors said something lovely about courage, which I'm going to end with here before I get too flowery

(so have a lovely weekend, and always remember):

Missed Hip Hop Sunday because it was hot 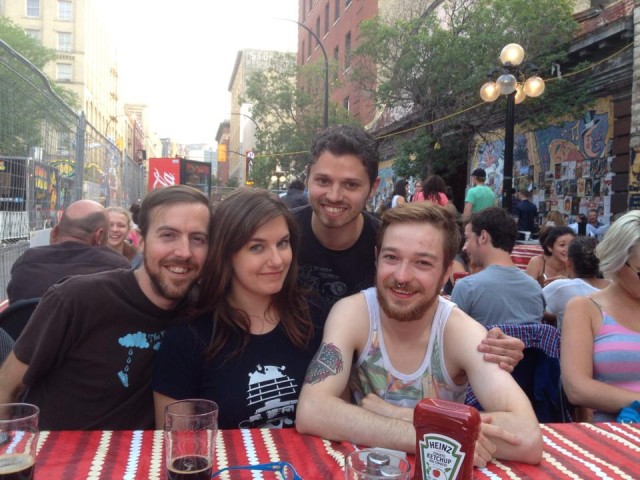 (but it only cost $12 plus a pint I can't really complain, I guess) 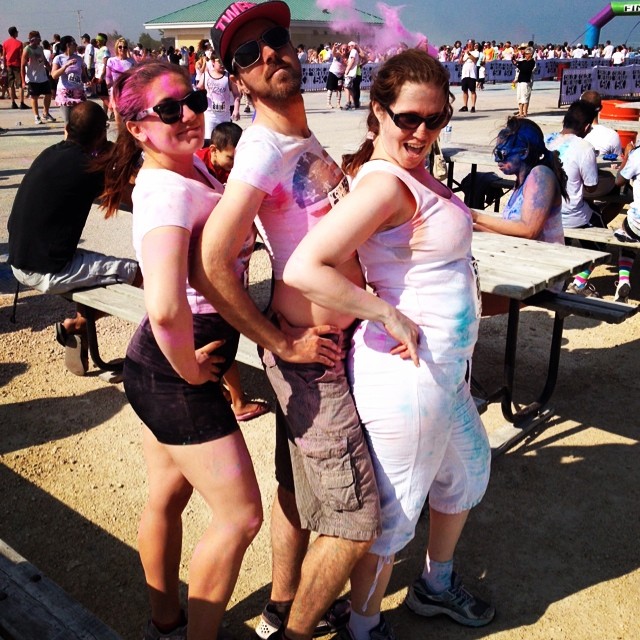 (which I still woke up late to do, but whatever)

which was Rad As Hell mostly because John, Amber and I spent the entire time cackling and goofing off and being ridiculous

afterwards we inhaled huge burritos from Burrito Del Rio which aren't pictured because I was too busy stuffing it into my starving face. 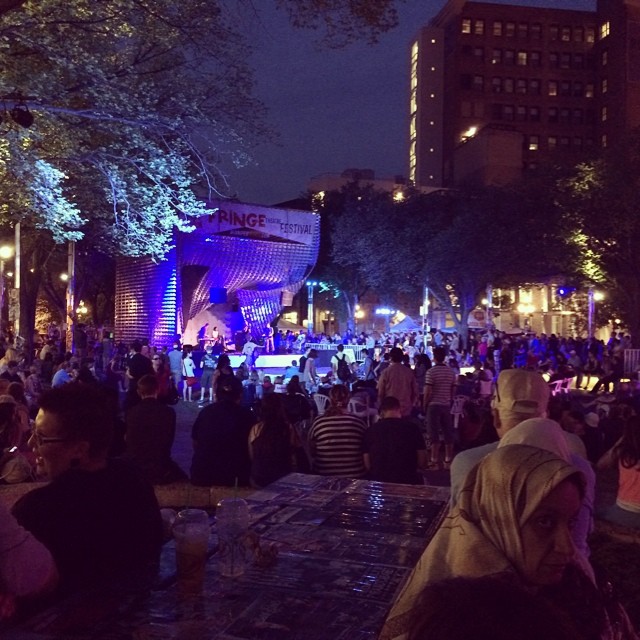 and also No Tweed Too Tight: Another Grant Canyon Mystery which we saw last night

(which we did, of course)

and was absolutely hilarious. Usually yr girl is wary of one-man shows but it was just too perfect.

oh and then that other person's phone kept ringing??

because apparently peeps don't know how to watch a show these days.

because life is divine. 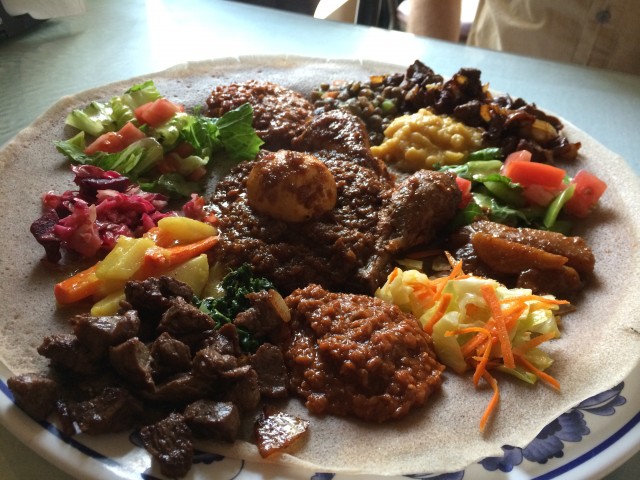 where I went for dinner last night called Kokeb which is currently located next to the Hydro Building but used to be across from the LC on Ellice when I first went there when I was 18.

I hated it then but I love it now which just goes to show what a close-minded young person I was.

It was wonderful except for the fact that the tvs on the wall were on super loud and there was this obnoxious short woman talking to some NBA player about what people were wearing to some sort of award ceremony and What Celebrities Are Wearing is right up there on my List Of Things I Don't Care About which looks roughly like this:

1. What Kind of Smartphone You Have
2. Michael Bay Movies
3. What Celebrities Are Wearing
4. Drake
5. What Your Baby Did Today
6. What's Inside A Hot Dog
8. Anything Ann Coulter Says
9. Bronies
10. Small Dogs

besides that though it was great and I stuffed myself full of meat and veg and pickled beets and drank a beer, also.

Instead of going home which would have been lame we walked through several parks and drank iced coffees and played in fountains until it got dark.

Which is a pretty stellar way to end a Wednesday evening in the summertime. 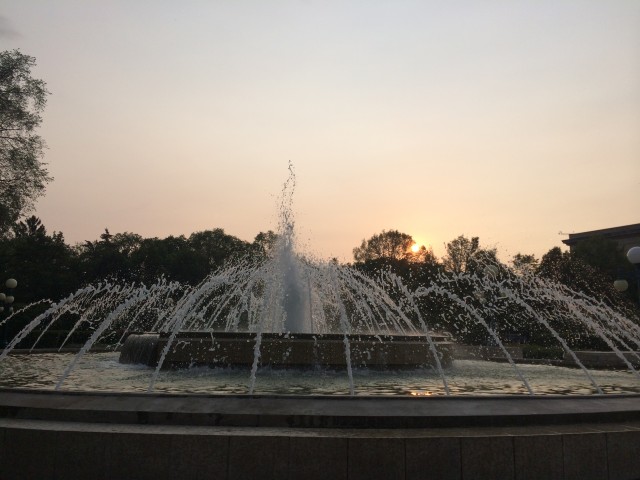 as much as Kanye West loves himself.

While this might be Hip Hop Sunday it's actually only Wednesday for me thanks to the magic of the internet, and as you're reading this I'm currently getting my folk on at Folk Fest out in Birds Hill Park

(because the Internet is a magical thing)

and I'm trying to pass the time, and found this gem of a video.

(because while I really like Action Bronson, it's this outrageous video that really does it for me)

Related: I want a cake of my own face at my next party.

Enjoy your weekend, kids! See you when I get back from Folk Fest!

This photo contains every human being in existence, except for the one 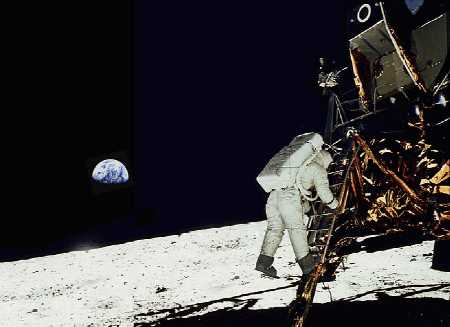 It's totally crazy when you think about it.

Which you should, and often.

Looking at this photo makes me feel funny inside

It makes me feel so small and so huge and so

Which we all are.

Forget whatever you were stressed out about, because it really doesn't matter.

We're all in this

Last Thursday night J, Colin and his lovely lady stayed up late on a school night to catch the Ghettosocks show at Le Garage

which was amazing, of course.

I'd originally intended to post another Ghettosocks track, but was so impressed by Relic's performance

(also that he gave me a free cd, thanks!)

that I figured I'd give props to such a super-talented dude.

Definitely check out his stuff!

Now if you'll excuse me I have white wine to drink and a festival to prepare for.

We find ourselves
so affected by each other’s gravity
that we simply fall apart
becoming star-bursts in each other’s mouths
we can forget the distance
of our interstellar medium.

Let me trace the ridges of your surface
feel your clusters
taste your galactic dust,
bend you to my gravitational lensing
pull secrets from your dark matter.

I want to stand at the center of your isotropic universe
looking backwards through your time
know where you came from, your brilliant beginnings
hear the echoes of your surface of last scattering.

I find myself drawn to your grand design
longing to be enveloped in your spiral arms
pull me into you
we can fall back into each other
like interacting galaxies.

Us, linked like binary star systems
you, my primary
I, your eternal companion
persisting forever
whispering our grand unified theories.

*most of the time my published poetry can be found here.