Louis C.K. sums up how I feel about people right now

Quebec is the only province in this country doing things right.

someone said to me today

"it's stupid that the students in Montreal are protesting the tuition hikes because so much of their tuition is already subsidized by the government."

which made me mad.

because yeah sure a lot of schools here in Canada get hefty subsidies from the government and that's how most of us can afford to go to school without going totally bankrupt but that isn't not the point and it's starting to get to me that people see these protests as a bunch of whiny upset kids instead of concerned citizens making themselves heard.

see I think the problem is that in a lot of democratic societies people go around thinking that the only way to make there voices heard is to vote, and most of us don't even bother to do that.

and then people go and shit all over students who don't want to take something they don't agree with lying down? c'mon.

I try not to get too political here on the Blog, but if the rest of Canada got its shit together in the way that Quebeckers have we wouldn't have a majority government who constantly do sneaky shit like try to add one-liners to repeal important laws in 400+ page bills, wants to allow already dead animals to be processed for human consumption, pleaded guilty to illegal campaign spending and, oh, did you forget the robocalls?

everyone makes jokes about Canadians being super polite and nice and to some extent that's true but it concerns me that the vast majority have become wishy-washy on being involved in the democratic society of which they are a part.

or even worse, they don't care.

and then we have the gall to dismiss people who are exercising their rights under the Canadian Charter as "entitled" for not wanting to have the shell out because the older generation accepted government pensions and family allowances without wanting to pay the taxes that supported those programs.

now my generation has to work two years longer.

now my generation may not have the Canadian Pension that our parents looked forward to.

now post-secondary students are being asked the shoulder the burden of increased tuition because nobody wants to help pay to educate the people who will be shaping our country's future.

and it's unfair and irresponsible and selfish for the older generation to assume that we should shoulder the burden because this country is rapidly becoming a place where individualism, capitalism, greed and selfishness are touted as virtues.

what ever happened to giving a shit about other people?

what ever happened to shouldering the responsibility as a nation, together?

what ever happened to making sacrifices so our children could be more prosperous, better educated, healthier and happier than we were?

I don't know what is happening to the country that I know and love, but it scares me and I don't like that so many people out there are dismissive of their ability to take part and change the course of our nation's history.

instead of shunning the protesters in Montreal we should be applauding their efforts and taking notes. this is the only way to get anything done in a democracy, people. by making yourself heard to your government.

Here are some guys doing something amazing

to make up for the fact that I am not.

in fact I was supposed to hang with my mom tonight but cancelled on her which I feel pretty bad about because you know I love my mom. but it's been a long couple of weeks and I have to go in to the office at 7:30am tomorrow morning and Tyrone's out building projects so it's just me and Ford and Netflix and that's okay.

it's pouring rain outside and I had my hair up and it's nice to take my hair down and my wet clothes off and blog from the couch by myself.

which is so, so boring, I know.

but I can't always be entertaining and tomorrow I'll be back with stories about School Nights complete with pictures but for now it's just you, me, and the Top Gear Christmas Special where they drive through Iraq. 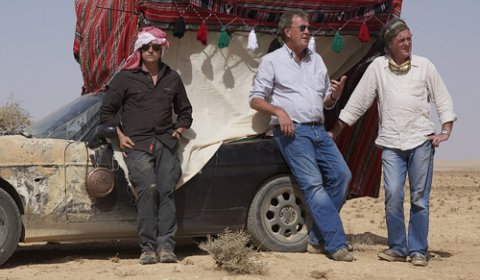 Once I knew a boy who owned a skateboard

it was a few years ago and he was a cute guy from my high school who I'd always thought was a bit of a dumbass but he was popular and all the ladies loved him and I couldn't figure out why.

we reconnected while I was sitting outside having a beer with friends at the Toad in the Hole and he went by on his skateboard and we started chatting and didn't stop for the next month or so. most of our correspondence was veiled jabs at one another because we clearly both came from different worlds which didn't collide nicely.

I think he thought I was stuck up which I was and I think I thought he was useless, which he was.

he picked me up once in a beatup old red car wearing a fluffy plaid parka and a toque even though it was only early fall. there was no radio and he had groceries from his mom's kitchen in the backseat. he held my hand because it was colder in the car than it was outside. at his place we tried to watch Brazil but his pirated copy didn't work so we watched Bronson instead and made out on his couch, interrupted only once by his lesbian roommate who made a point of talking about how she was a lesbian which I thought was overcompensating a bit.

the apartment had walls of either wood panelling or brick, and the furniture were all scruffy antiques except the shelves that housed his record collection, which were 2x4s held up with cinder blocks and covered in paper doilies probably stolen from somewhere. at one point we listened to Bob Dylan, sipping cheap beers and listening to the freezing rain.

it was like being in a Wes Anderson movie.

but when I got up to use the bathroom I walked by his bedroom and saw the mattress on the floor with the dirty sheets and the pile of car tires that he was going to sell at some point, or so he said, I knew that it was over.

I was too much of a snob, and he was too useless for us to be anything but offensive to one another.

but sometimes when I hear Visions of Johanna I remember the time I let that boy who really wasn't good for me at all put his hand up my shirt while the record skipped and the rain came down, even though I knew I shouldn't have. I knew it was over and I knew it was useless but I think I kissed him harder and enjoyed the moment more knowing that once it ended, that was it.

so we kissed like we didn't mean anything to each other, which we didn't.

and that was alright.
Tags: Memories-2 Nostalgia Personal Uncategorized
Tweet

yes I know this track is everywhere right now

but that doesn't stop it from being good 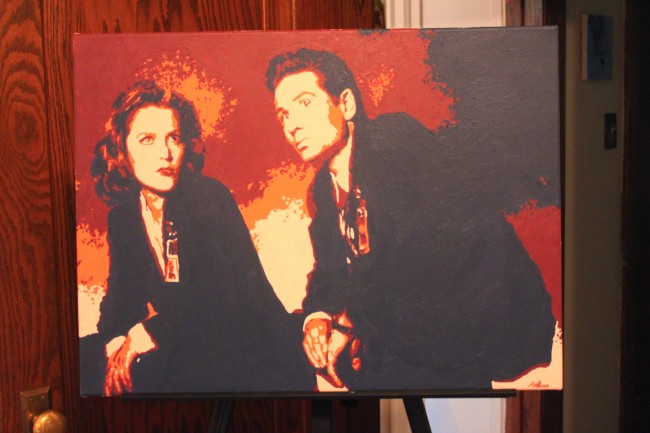 every morning when I wake up he hears my alarm go off and he comes running out of the living room where he's been sleeping and starts meowing at me to get him food and water or if he still has some from the day before, to watch him eat/drink and then he'll sit outside the bathroom door while I shower, meowing.

in the afternoons he needs at least a good five minutes where someone has to sit on the couch so he can jump up and fall on you over and over and meow and bat at your hands until you pet him, because he knows that hands are Petting Devices. when you're in the kitchen doing something he'll wrap his arms around your legs and hug your feet.

because he loves you.

he knows how to open doors and cabinets and his favourite toy is a a Q-Tip he took from the bathroom garbage while we weren't looking.

Tyrone is in the kitchen saying "what the fuck are you doing? you're so fucking weird" to him

which just reinforces my point.

but isn't on the other because Baz Luhrman made Moulin Rouge! which is one of my favourite movies and also he gave a speech which got turned into the sunscreen song, which I also enjoy. sometimes it's nice to get a bit cheesy for no particular reason.

I like to think that I liked the 20's before it was cool to like the 20's because I've liked them forever, but they've also been cool ever since so maybe I'm not the trendsetter I think I am.

I was disappointed that I didn't much care for Gatsby The Book because while some of it was interesting it sort of just meandered on and I didn't find myself overly concerned about any of the characters, especially Gatsby.

or maybe that was the point?

and speaking of partying

did anyone else notice the zebra in the pool at 0:18?

Regina I don't want to fight

but I will if I have to.
Tags: Library-voices Regina Travel Uncategorized Work
Tweet

Hip Hop Sunday #39 Childish Gambino - Put It In My Video

yes, this is Troy from community

my mind was blown too