And when I awoke, I was alone, this bird had flown

Went for a run this morning in the drizzle which felt nice.
Had to do some running around and got my feet wet which felt uncomfortable.
Came home and took my boots off and felt great again.
(Code for: I need new rubber boots)

One of the things I love about where I live is the view from my third-floor apartment. It's high up enough to be private but not so much that we're cut off from the outside world. In the summer the trees and vines make an amazing green canopy. I can't wait.

Here's what it looks like from my windows right now.
I wish you could smell how fresh everything is.

This song from The Beatles always reminds me of the rain, probably because of the Murakami novel with the title based on the song. I used to sit and read it in a bus shelter on my way home from my retail job years back.

It's still one of my favourite Beatles songs.

Going to spend the day working on projects with a certain little kitten curled around my neck. Tyrone and I are helping Kat move this evening so I'm trying to get some downtime in before I have to head out again. 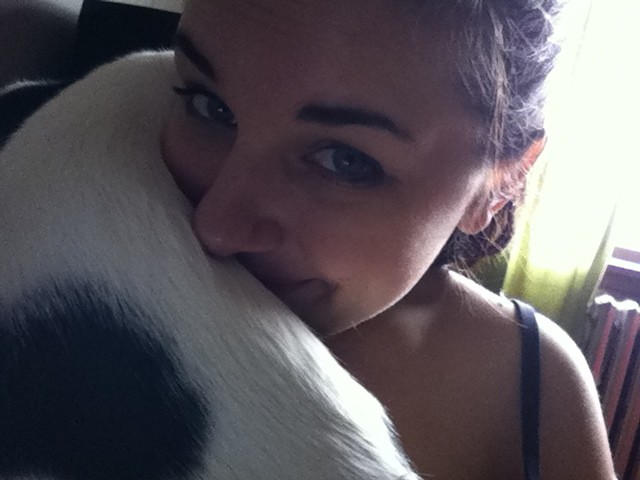 Enjoy the rest of your day!
Tags: Pink
Tweet

Which I just finished watching and I can't recommend enough.

In case you don't know Bill Cunningham is this amazing man who basically has gone around New York for decades and documented fashion on the runway but mostly off of it. People who are interested in people interest me and I'm hugely interested in Bill Cunningham and even more so now that I've watched this movie about him.

"it's as true today as it ever was... he who seeks beauty will find it"

which made me tear up and gave me chills because it's so unbelievably true.

That's what made the film so good and I think what makes people like Bill Cunningham: he's focused on the beauty in the world and that's what he tries to capture in his photos. There's a part in the movie where they talk about a falling out he had with a magazine because they used his photos in to make fun of people instead of praising their personal styles which is so inspiring to me. He celebrates individuality and personal expression and doesn't give a damn about much else.

Oh plus he rides his bike EVERYWHERE which makes him even more endearing.

gorgeous Sunday listening to this

after reading a little of this

about to watch this

going out tonight to look at this.

Hope your hip hop Sunday is just a great.

I don't think I've had so many "omg why do I live here?!" moments as I have over the past few weeks when our weather has been bouncing back and forth from almost-spring to nope still winter.

But I still love this town.

Tonight we're going to wash the car for the first time (!!!), make amazing home-made pizza with fig jam, arugula and goat cheese on it, and do some low-key hang outs with friends.

I'm unbelievably stoked about it, so here's my favourite springtime-related (kinda) song from one of my favourite musicals.

What are you up to on this fine Friday? Which I understand. We shouldn't make light of suicide, or attempted suicide, and I'm sure the ad has pushed a lot of buttons.

The point of an ad is to get people talking and sharing, which is what's happening.

Why are we okay with ads that sexualize eating burgers and plays into racial stereotypes, but can't make light of suicide?

Why is that off bounds while other topics are free game? Which sounds like an unlikely combination but it's what's happening right now.

After a day of writing exams and using my brain waters nonstop it feels good to sit around with a Hops and Robbers and relax. It's still kind of hard to type right now because my right hand is all cramped from writing, but I'm making do.

Wrote my Visual Rhetoric exam as well as my War as An Institution exam as well. One's a required course and one was an elective and I loved them both; one of the things I love about being a student is the wide variety of courses available to me. As much as I might complain about the stress about being a student at the University of Winnipeg, I know I'll miss it when I'm done.

For now, I'm enjoying the freedom.

Went out for beers and tasty snacks with Kevin, Adrian and Tyrone after work. One of my favourite things about the Internet is how it connects you to people, and Adrian and Kevin are two of my favourite Internet-friends (but don't tell Kevin that, haha)

We came home and I decided to watch some old Disney. Do any other 80's kids remember growing up with The Great Mouse Detective? How great is Vincent Price's song?!

(does anyone else notice how tiny his character's feet are?)

Frank Turner stole my heart and I think that's okay

Martin blogged about him earlier today so I can't claim cred for the find, but I'll take cred for when it gets stuck in yr head and you're charmed, too.

I've been needing new music in my life lately.

Maybe it's the never-ending winter or my looming exams or my mounting student loan bill but it's been a bit tough to look on the bright side lately. I'm a cynic by nature and I've been working on it but things feel stale, stagnant... I'm waiting for the change I know is coming and it can't get here fast enough.

Good to remember this today: 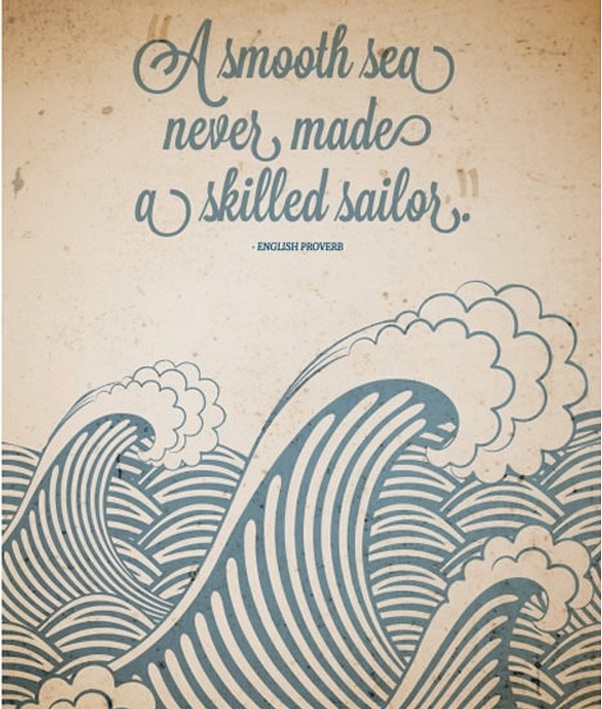 Just had a cup of Earl Grey but shouldn't have. I need to go to bed soon, I've got my two exams tomorrow basically back-to-back and my hand is going to be a shrivelled claw by the end of my 6+ hour writing marathon. Essay-style exams are the best because I'm good at them, but the worst because they're so physically draining. Word up to my rhetoric peeps!

How much do you guys miss 90's rap right now?

Hope this one stirs up some happy thoughts.