Even though it's not doing super hot in theaters and it's only got a 51% rating on rotten tomatoes.

I can't help it, I think it's because Leonardo DiCaprio is in it.

Scratch that. I know it's Leonardo DiCaprio is in it.

A few weeks ago the cat was bugging me at like 4am and I couldn't get back to sleep. So since it was Saturday I decided to go hang on the couch and see if I was going to fall back to sleep eventually, or what, and wound up watching Titanic, which I haven't seen in a few yrs.

It was actually better than my youthful self remembers. Though that might be because I could pause it and go pee halfway through without having to push past an aisle full of peeps just trying to enjoy the movie, dammit.

Leo was great in it. I always forget what an amazing actor he is until I'm watching one of his movies. Then I'm all

which is why I want to see Gatsby, even though from what I know there isn't any nudity à la Kate Winslet's fabulous boobs like in Titanic.

But I can deal. Plus Carey Mulligan is pretty effin cute.

The thing that puzzles me still is this:

Why did people expect the movie to be so great?

except the movie has a zebra in a fountain. 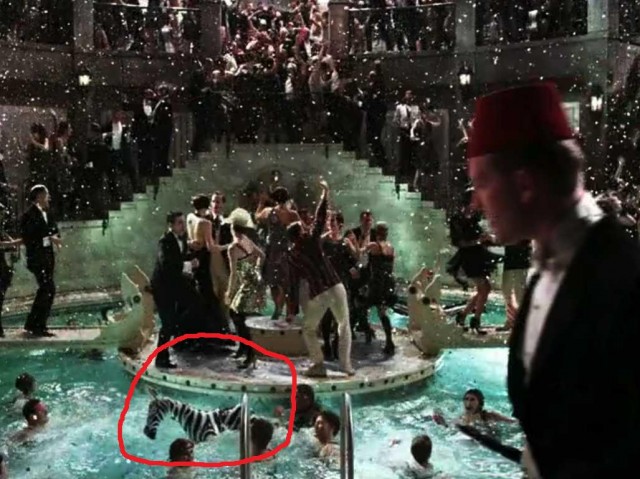 Our internet was down for most of the morning today which meant that besides a really kickass meeting with a new client I was unable to get much done.

It's sad how much we rely on teh internets to get our work done. Wow.

Anyway Joseph and I used it as an opportunity to go on a field trip to get some plants from the office, which are now happily living in our space: 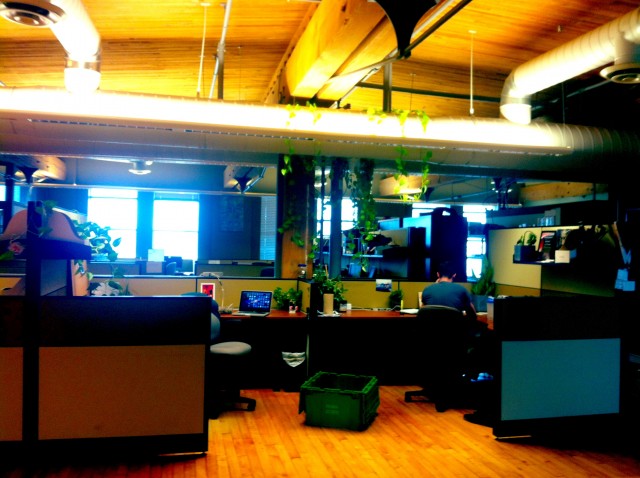 To help with carting everything over we used Frogbox, which were provided to us by one of our amazing clients and were super helpful in moving all the plants, pots and soil into the office -way better than cardboard boxes, which would have been an awful experience considering that it's pouring rain in #Winnipeg right now. 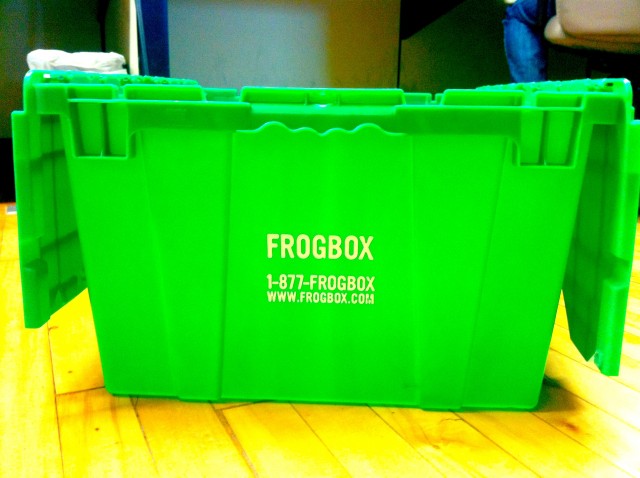 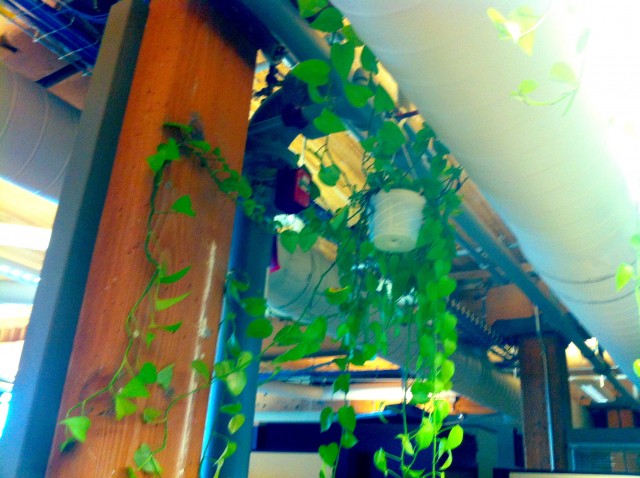 We also brought in a wonderfully green plant which completely changed the atmosphere of the workplace and is now our mascot.

Snakes on the plains 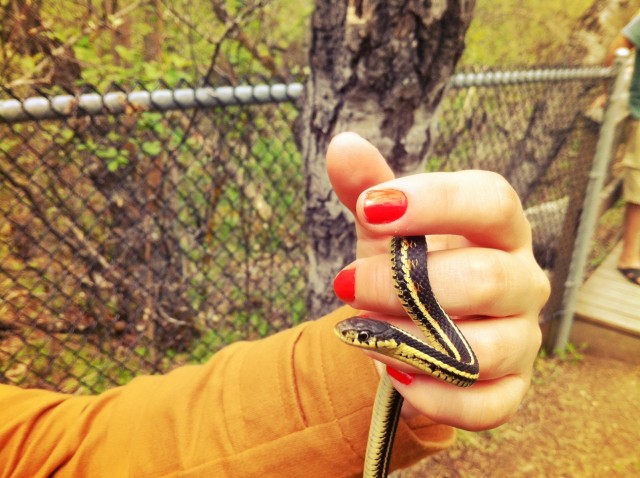 Fun fact: Narcisse, Manitoba has the highest concentration of red-sided garter snakes in the world and is protected by the Government of Manitoba

which meant that despite a hangover and being tired as fawk 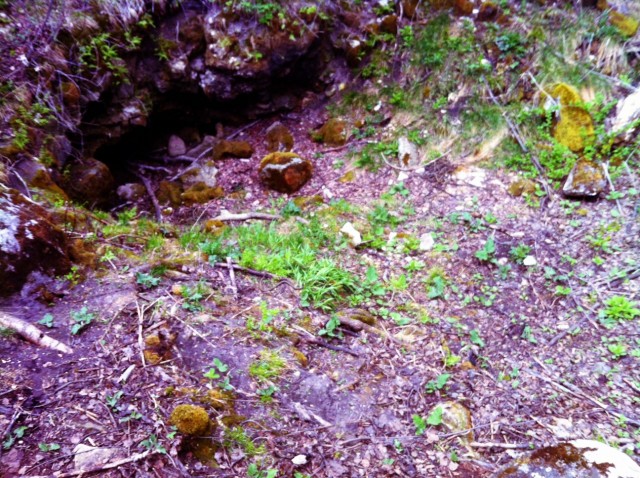 (you can't really see, but there are huge snake gangbangs going on down in that snake pit) 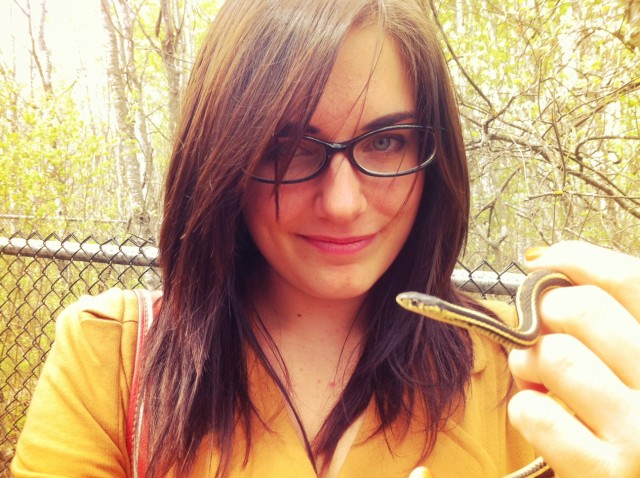 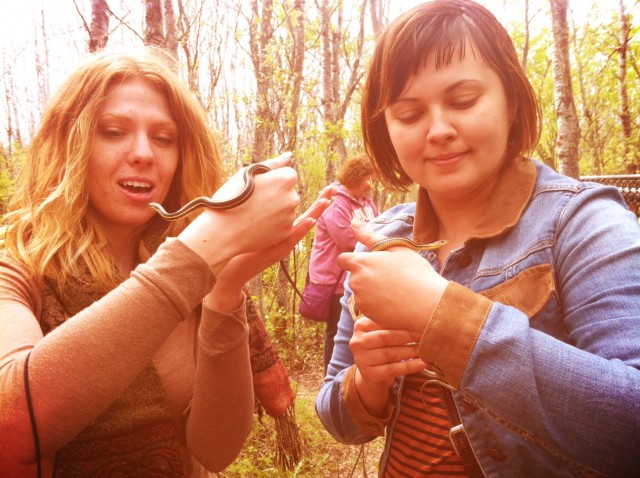 so I took photos of my lovely lady-friends and Tyrone instead. 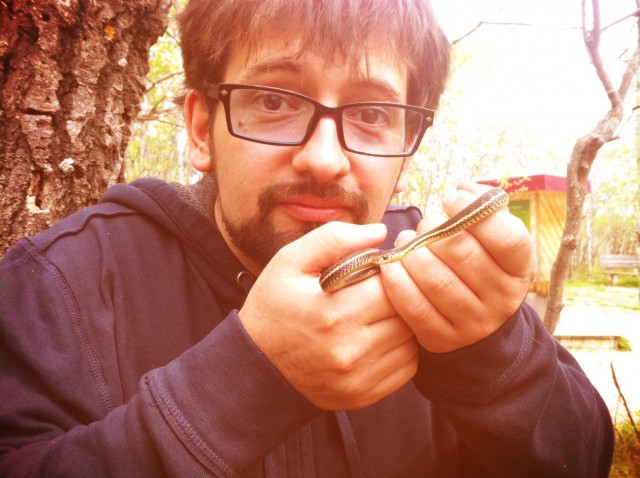 which I highly recommend for any type of outdoor group activity

(good call on that one, Shawna) 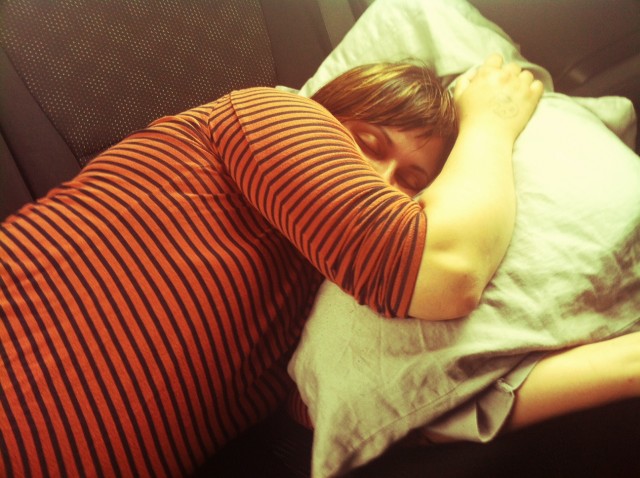 Someone had a lie-down while we drove home and listened to episodes of Radiolab.

Snake mating season is wrapping up soon (within the next few weeks) but if you're in Manitoba and want a fun mini day-trip I can't recommend it enough!
Tags: Black
Tweet

Stolen from busblog, the only blogger who can make these cool. 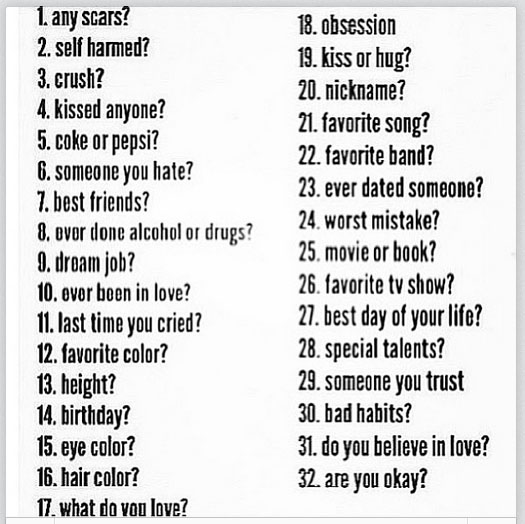 Also this track, because it's what I'm listening to and it's great: 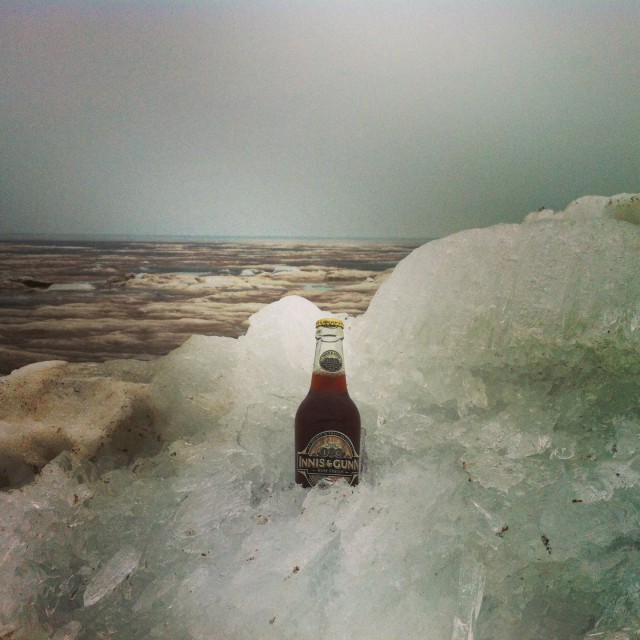 Okay so it rained all weekend (of course) and was windy and cold and there was still a ton of ice on the lake, but we made the best of it and had a blast anyway. 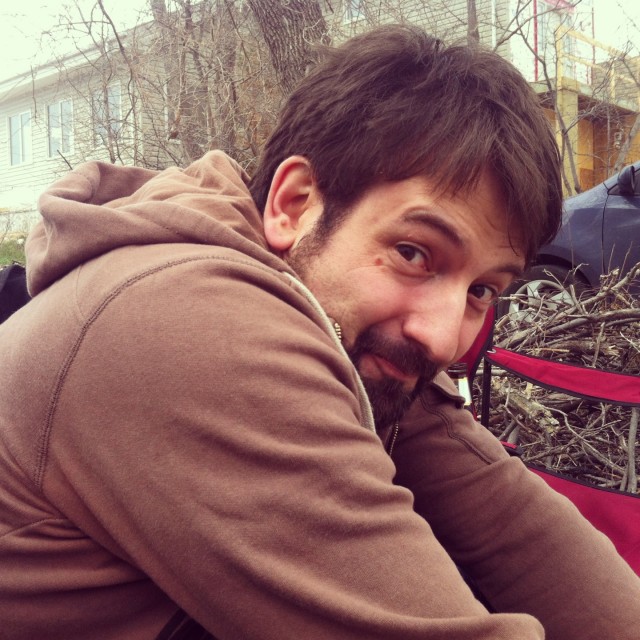 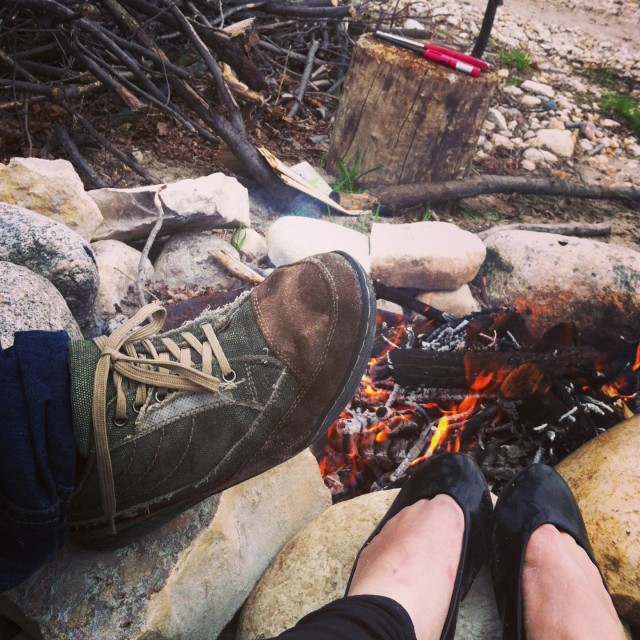 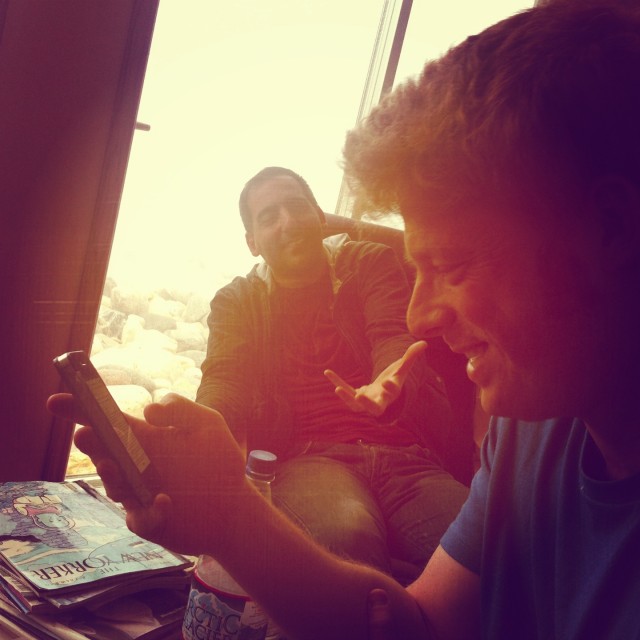 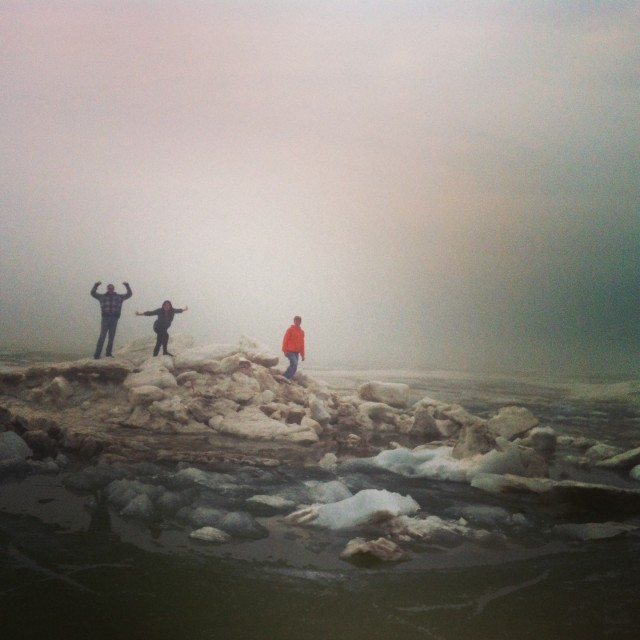 It just made sense to go out and climb around on the ice before it got too dark. The mist rolled in and the rain started and it was intense. 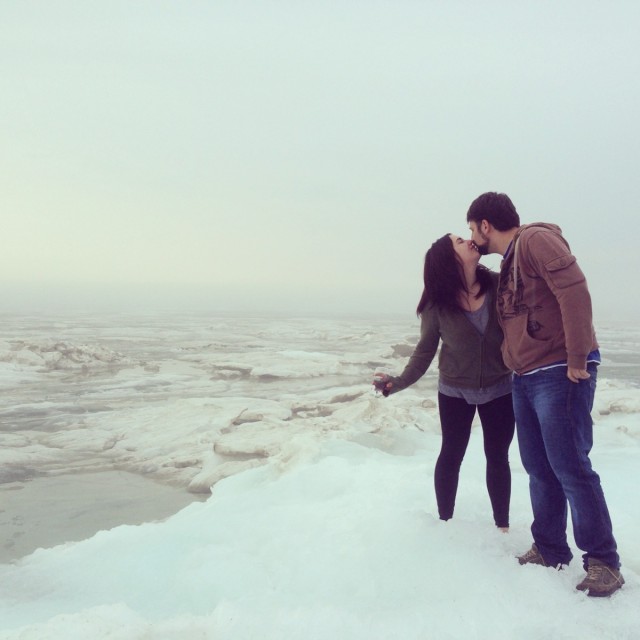 Hope your long weekend was just as wonderfully relaxing and entertaining as mine was.

Can you believe we have to go back to work tomorrow? Even though it's been raining for four days it still feels like the weekend just started. Sigh.
Tags: Black Cop-out-post-3 Friends Life May-long Winnipeg
Tweet

Spent the night at Will's cabin with my besties yesterday. It rained but it didn't matter, we climbed on ice on the lake and sang songs and BBQ'd.